Typhoon Ompong has exited the Philippine Area of Responsibility, leaving destruction in its wake.

But aside from affecting farmers and various business owners, particularly in north and central Luzon, the typhoon had also brought problems to overseas Filipino workers (OFWs) who were supposed to take their flights back to the foreign countries they are working in.

Over 100 OFWs were stranded at Clark International Airport in Mabalacat, Pampanga after their flights were canceled due to the storm. With many OFWs only having enough money to spend for a meal or two, they soon feared the worst but the Department of Foreign Affairs (DFA) pitched in to help, providing cash assistance to help them get through the situation. 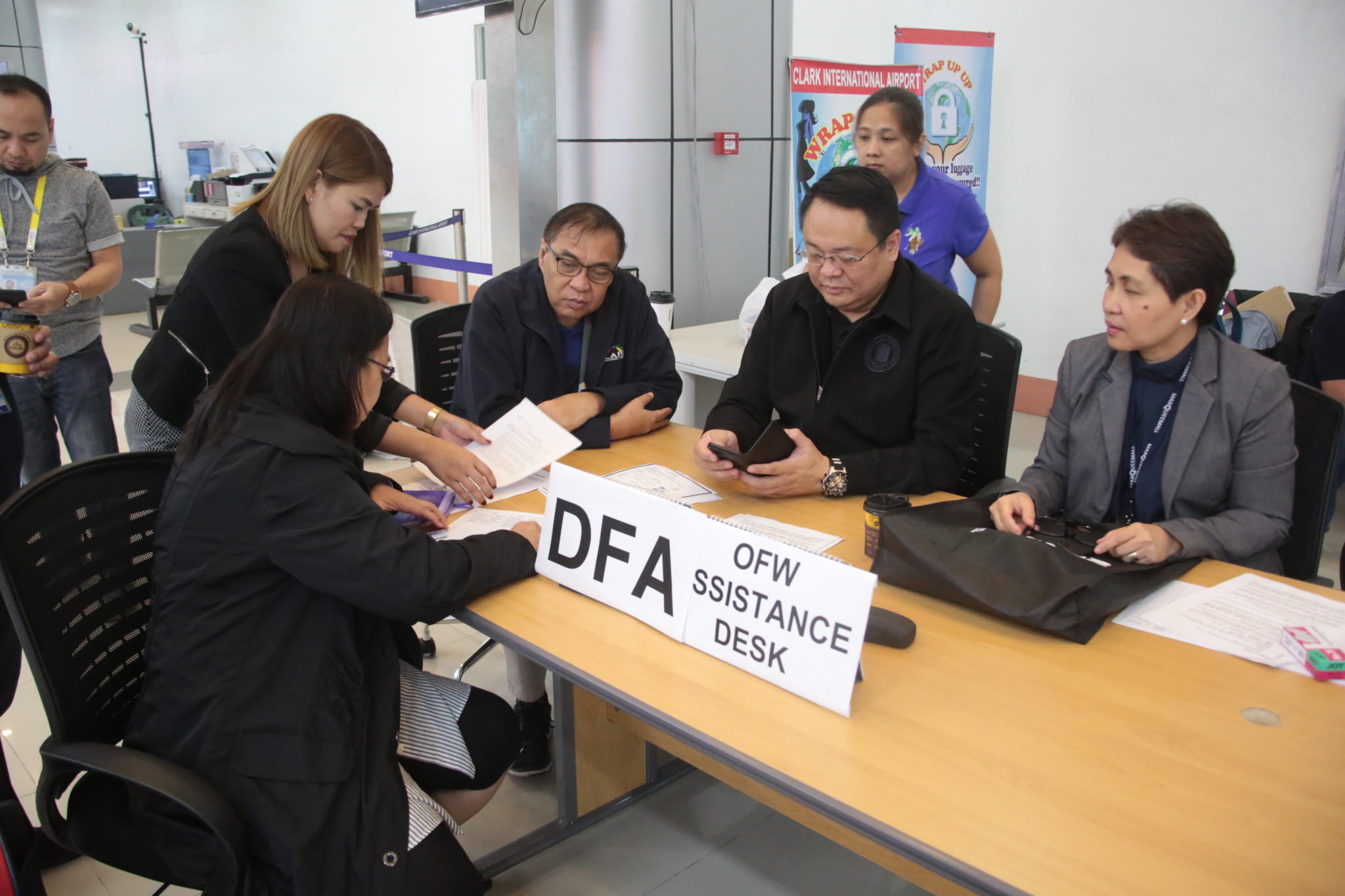 Each of the OFWs was given Php5,000 cash assistance from the DFA. The OFWs were free to use the money for whatever they wanted to buy but it was expected to cover their food, accommodation, and other relevant expenses as they waited for their flights to be given a go signal.

DFA assistant secretary Elmer Cato revealed that he received special instructions from Sec. Cayetano to set up the assistance center inside the airport to cater to the needs of the OFWs.

The family of an OFW headed for Hong Kong, Glicelito Nelmida, traveled all the way from La Union to send him off but when his flight was canceled, they had to stay a while.

“I am thankful for the government’s cash assistance as I was really worried because of the cancelled flight but this (cash assistance) will help pay for our transportation expenses back to my hometown,” the grateful OFW said.