Home
News
20 OFWs Protest in Saudi, Get Ejected from Accommodation

While the number is not fixed due to the presence of many undocumented workers, it is estimated that there are at least 1 million overseas Filipino workers (OFWs) in Saudi Arabia, with the number possibly going as high as more than 1.5 million or even up to 1.8 million!

Sadly, many of these OFWs live in substandard facilities, sharing makeshift ‘rooms’ with dozens of other foreign workers. A lot are also not provided with enough food for sustenance and are not even paid proper wages, especially those who are not properly documented because their employers know that they are trying to hide from the law as well.

But there are also workers who are in Saudi on a legal basis but end up with the wrong employers who have no qualms in making them work without proper wages.

Recently, some 20 OFWs working in Jeddah, Saudi Arabia got ejected from their accommodations after protesting due to unfair labor practices at the company they are working in. 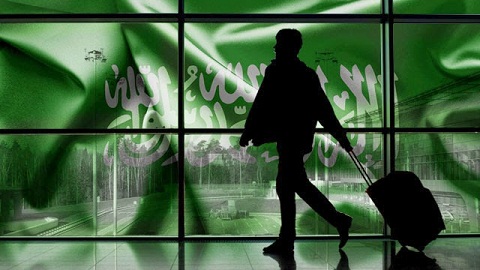 The OFWs were actually recruited by a major Saudi recruitment agency but they reportedly requested to be transferred to their present company which was not named in the report on ABS-CBN News. The new company assigned the workers in hospitals and private residences in Jeddah, to work as cleaners.

While the OFWs were grateful to find work in Saudi, they would soon discover that the new company is not faithful in its promise to pay them on time. The workers did not receive their salary as well as food allowance for the past 2 months, forcing them to stop working in protest.

But the company got them evicted from the company-provided accommodation after they refused to get back to work, the Department of Foreign Affairs (DFA) confirmed. The workers were taken in by Labor Attaché Nasser Munder and Welfare Officer Yolanda Peñaranda, revealed Philippine Consul General to Jeddah Edgar Badajos.

The OFWs were rescued and taken to Bahay Kalinga by the Philippine Overseas Labor Office (POLO) where they are now waiting to be repatriated in coordination with their Philippine recruitment agency.