A 6-year-old girl who was abandoned by her Pinay mom in the United Arab Emirates (UAE) when she was still 1 year old is now trying to seek help in going to school because she has no papers.

The poor kid was left by her mother, identified to be a Filipina, back when she was still 1 year old. However, the child did not have papers. This meant that she could not also enroll in school because she had no documents. She has no proof that she’s a Filipino citizen but she also has no papers in the UAE.

The girl, identified only as Fathima, was cared for by a Pakistani couple who live in Dubai. 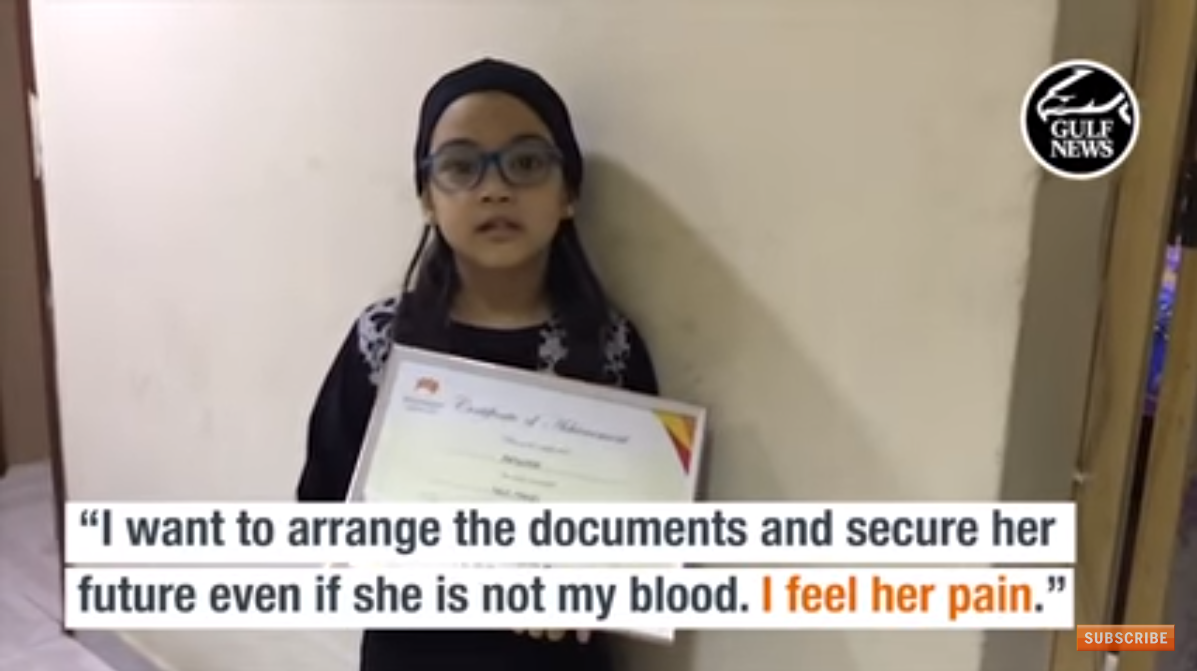 The Pakistani couple had been caring for the kid since she was left by her mother in Dubai, but because the couple encountered hard times last year, Fathima was later passed on to the couple’s friend in December 2018.

Syed Ali Moazzam, the child’s current guardian, is hoping to adopt the girl but faces a stumbling block because the mother could not be found. Moazzam claims that it was necessary for the mother to be identified and that she should release a statement regarding the child’s circumstances in the UAE.

The couple who first adopted Fathima had moved from Dubai to Abu Dhabi, then to Pakistan.

“I want to learn new stuff and have new friends, but since I don’t have the papers, how am I meant to do that? I can’t,” Fathima said.

Philippine Consul General Paul Raymond Cortes said that it is important for the mother to come forward so the child could have the necessary papers to go to school; however, it is understood that she fears this might lead her to trouble in the law.

Ajman Police promised they won’t put her in jail as long as she cooperates and give DNA sample to confirm her relationship with the child.