In the Philippines, you would actually see a lot of Filipina women with foreigner boyfriends or husbands. However, it is sad that there are Filipinas who ruin the reputation of Filipina women because of their actions, making the local ladies appear to be just after the foreigner’s money.

Recently, a Pakistani guy named Arshad Jutt Karlo shared a post showing him having a video call with an alleged Pinay woman who was holding a lot of money in her hands. The woman was supposedly his girlfriend. They are hoping to get married in the future, with the girl calling Arshad as her soon-to-be husband. 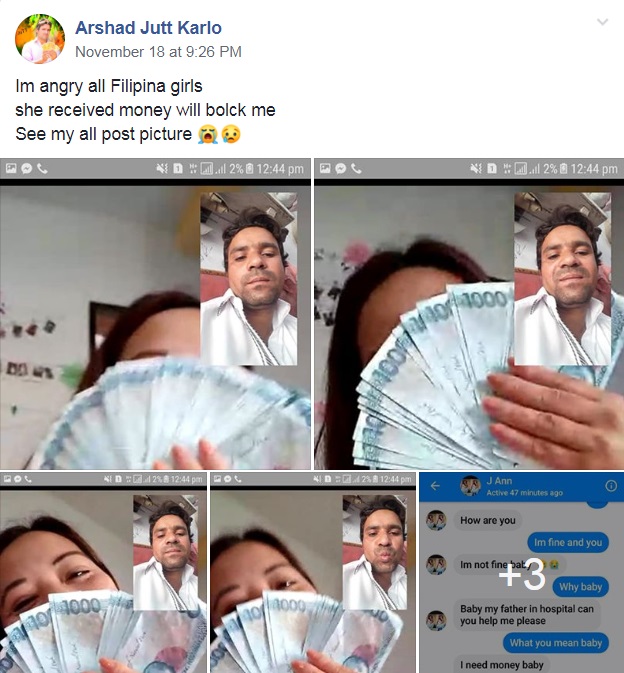 One day, the girl named J Ann on her Facebook account asked help from Arshad. She told him she was not fine as her father was in the hospital and that she needed his help. When the Pakistani did not understand her subtle plea for help, she told him directly that she needed money for her father. 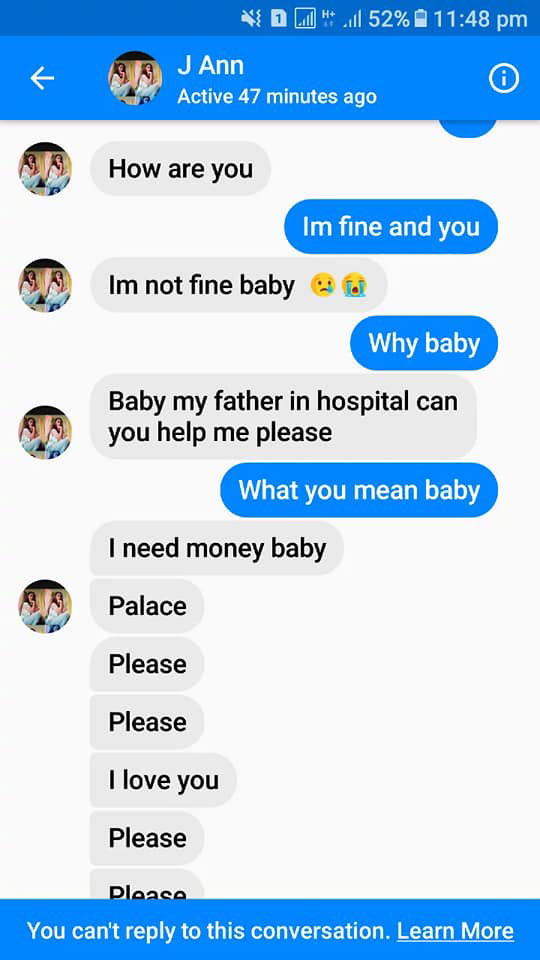 Excited to finally be able to prove his love for his supposed girlfriend, the Pakistani man hurriedly sent her money. The woman was able to receive the money that she needed for her father after asking the code from her Pakistani boyfriend. 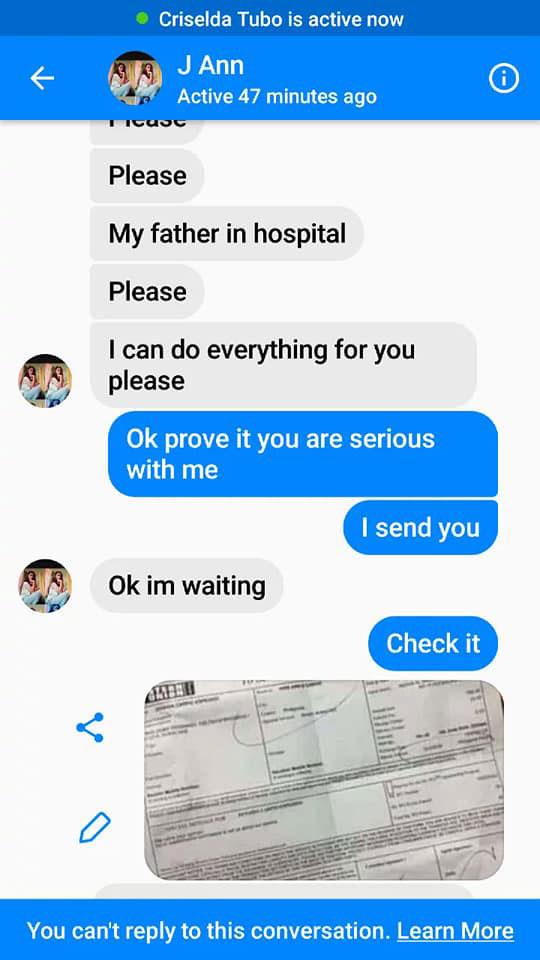 She would show him the money in a video call and promised to chat with him later, after she takes care of her dad at the hospital; however, she suddenly blocked him on Messenger and he could no longer message her!

Angry over the woman for doing this to him, the Pakistani guy shared photos of their video call as well as chat messages but the woman’s face was not really clear in the pictures. He said he was angry with all Filipina girls. 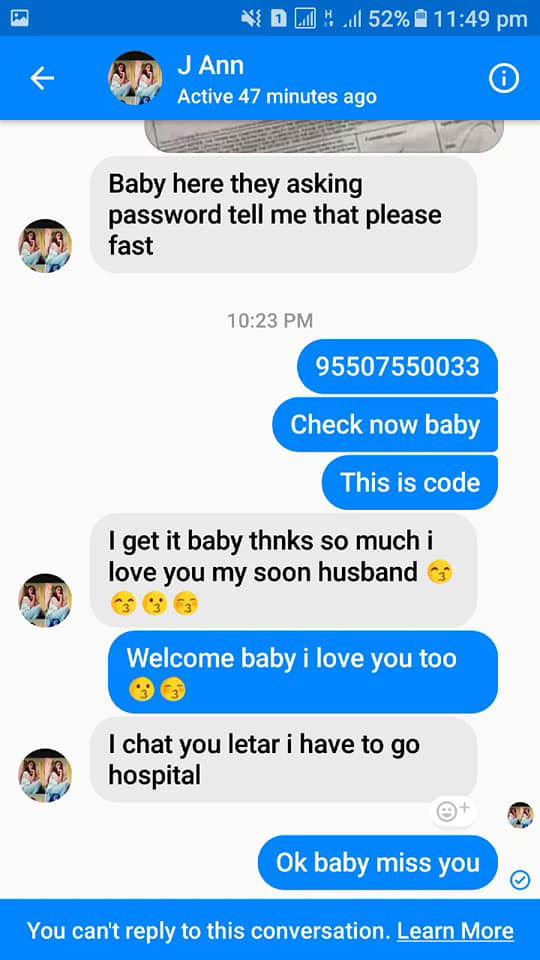 Sadly, he probably would not able to get his money back – and the woman probably didn’t use her real name either! Tsk. Tsk.