There are so many reports of taxi drivers who overcharge people from the airport that many travelers have chosen to use ride-hailing apps like Grab to take a ride. Sadly, not everyone understands the concept of ride-hailing apps or don’t have access to an internet connection to hail a ride. Many end up getting duped by the bad drivers.

Rose L Pineda is an overseas Filipino worker (OFW). She came back home last October 24 but was rather scared and angry over what happened to her. A taxi charged her too high, but she had no choice because the driver tricked her into thinking she was paying a lower fare.

As she arrived at the Terminal 1 of Ninoy Aquino International Airport (NAIA), she hailed a taxi to San Joaquin, Pasig. That’s a distance of around 17.5 km. The taxi driver told her that she only needs to pay Php20 per kilometer, but when they had gone out of the airport and was already near her destination, he told her the rate was actually higher if the passenger’s destination is ‘far’. 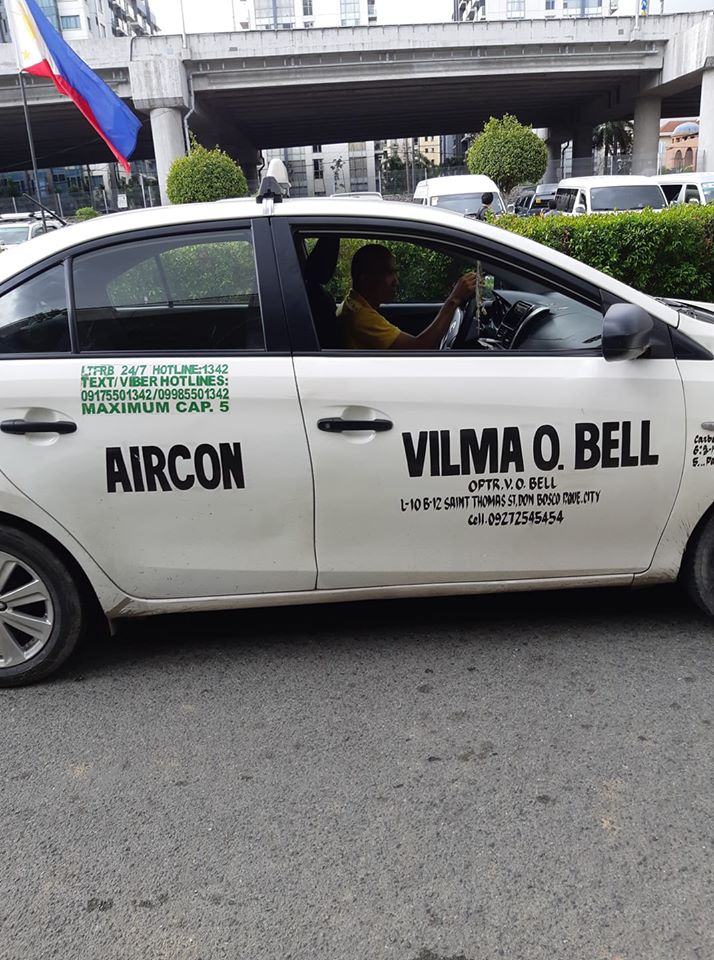 Though she wanted to complain, Rose was scared because the driver was accompanied by the dispatcher. Thinking that they might do something to her if she doesn’t comply, she simply gave him the Php2,000 he was asking for. However, the wise OFW snapped a photo of the driver and his cab. She posted this on Facebook – and this driver will surely face the consequences of what he had done to her, soon!

Rose tagged Raffy Tulfo in Action on her post. A lot of netizens are hoping that Tulfo would notice and take action against this driver, knowing that this is likely not the first time he overcharged someone.

In the Philippines, there are people who help the drivers of public utility vehicles (PUVs) get passengers – and they also help the passengers find the right vehicle to ride, particularly in big terminals where lots of vehicles are available.