Home
News
Another Pinay Lost in the Hands of Employer in Kuwait, Netizens Call for Ban Reinstatement

Another Pinay is lost in the hands of her heartless employers in Kuwait, leading netizens to call for the reinstatement of the deployment ban to the country and for justice to be served.

The Philippines has lost quite a number of its citizens to bad employers across the world; many of them in the Middle East. Just a few years ago, President Rodrigo Duterte imposed a deployment ban to Kuwait after losing a Pinay domestic helper in the hands of her heartless employers. Her remains were found in a freezer.

The ban was later lifted after Kuwait signed a Memorandum of Understanding (MOU) with the Philippines, with the sole aim of protecting the rights and lives of overseas Filipino workers (OFWs) in the country.

Sadly, it seems that there are still employers who do not really care about the MOU. They probably see it only as a piece of paper or some random government technicalities that don’t apply to them.

Recently, the Department of Foreign Affairs (DFA) announced that yet another Pinay domestic helper had fallen in Kuwait, in the hands of her female employer.

The DFA did not identify the OFW or the circumstances of her passing, but the Department of Labor and Employment (DOLE) released a statement on Tuesday, December 31, identifying the victim as Jeanelyn Padernal Villavende. The 26-year-old OFW is a resident of Brgy. Tinago, Norala, South Cotabato. 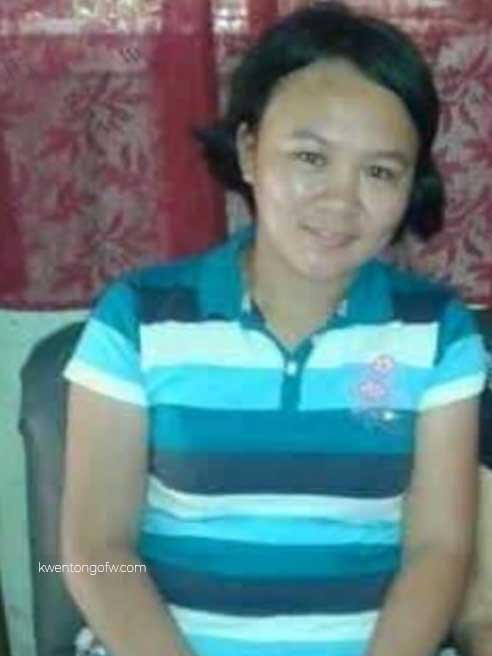 According to reports, the OFW’s male employer was identified as a cop who arrived home to see Jeanelyn on the floor.

“He told police that he did not know if the maid had a quarrel with his wife… he said he only rushed her to the hospital to save her life,” a local newspaper reported, according to Kwentong OFW.

But the other cops are not letting him off the hook over that statement. The cop employer and his wife are now in police custody. But Filipino netizens are hoping the OFW would find justice and that the case won’t be forgotten, particularly because a policeman’s wife is involved in the case…

A deployment ban is an order that prevents the deployment of people or workforce into a certain country, often due to security reasons as well as the difficult peace and order situation in that particular country.