Home
News
Domestic Helper Left Black and Blue by Employer’s Sibling, Seeks Help to Get Away

A domestic helper is in such a pitiful condition after she was left black and blue by her employer’s heartless sibling. Her plight went viral after a fellow overseas Filipino worker (OFW) shared her photos on social media to warn her family and to find a way to help her out of her difficult predicament.

Angie P Jamias posted photos of the OFW who was reportedly identified as Maribel Lachina. The woman shows her arms in the photo but keeps the top half of her face covered. It was obvious that she underwent something really bad in the hands of whoever did this to her as many parts of her arms, neck, and chin were black and blue.

The bruises were so dark and big that this was not just a simple incident. In a post on Facebook, Angie called for the family of Maribel who hails from Valenzuela City to seek help from local authorities, particularly her agency so that she can be saved. 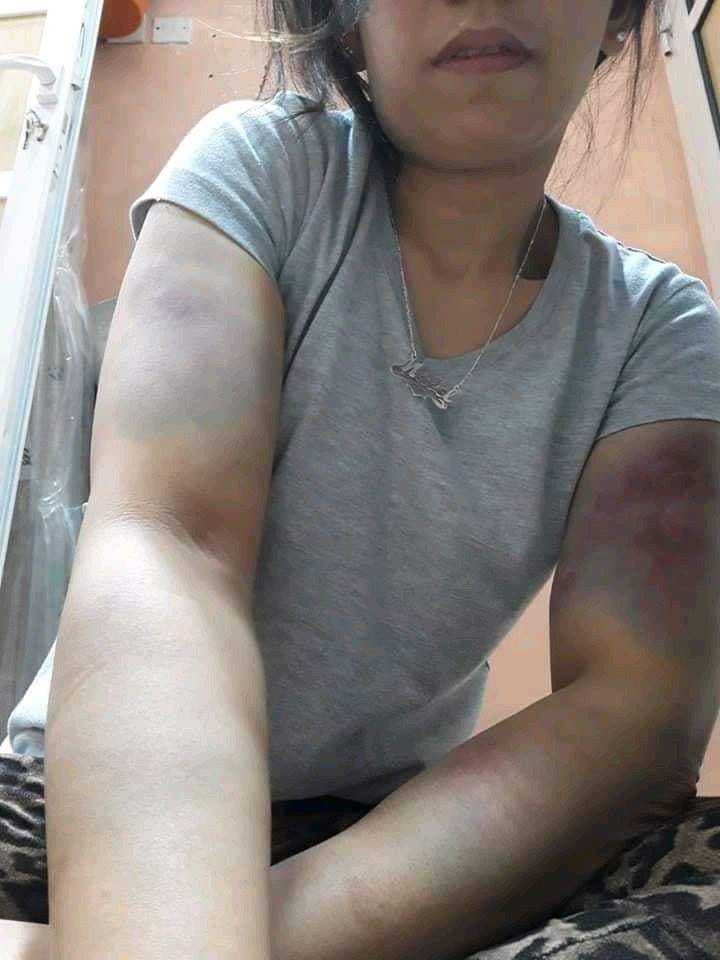 According to Angie, it was the domestic helper’s sibling who did this but did not elaborate why this person got angry at the OFW or how the incident happened. What is for sure is that this OFW needs help else she might end up like the many OFWs who were not rescued from bad employers and eventually went back home to the Philippines in a box.

Angie had no complete details about Maribel but hopes that her family can provide this so they can also help. Many netizens urged the family to immediately seek help from Raffy Tulfo in Action as the veteran broadcaster is known his quick action on such situations, leading to the immediate repatriation of the affected OFW.

What is a Bruise?

A bruise is a medical term that means discoloration on the skin due to damage in the blood cells deep beneath the skin. This leaves the area black and blue, sometimes with reddish and brownish marks.