Home
News
Domestic Helper Who Went Home after Getting Sick, Gets Visited by Former ‘Alaga’

A 54-year-old domestic helper who discovered that she had a Stage 4 illness decided to quit her job in Hong Kong to seek second opinion in the Philippines and find medical treatment here. After learning about what happened to his former nanny, one guy immediately traveled to the Philippines to visit her – even if she had actually moved to another employer 16 years ago!

Remelyn Zubiaga Yumul had been working in Hong Kong for a long time. 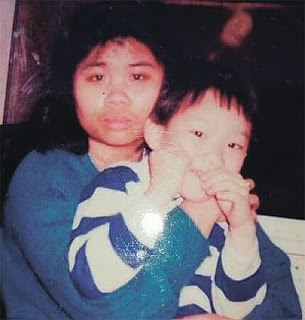 She used to work with the family of Fai Tse (English name: Philip Tse) since he was still a baby. In a report on The SUN Hong Kong, it was revealed that Remelyn worked at the Tse residence until Philip was 19 years old.

She later moved to another family and worked there for 16 years.

Last February, she felt a lump in her abdomen that would not go away. The lump didn’t go away and she didn’t feel better after 2 weeks, prompting to domestic helper to immediately seek medical attention. She was accompanied by her sister-in-law, Marilyn Zubiaga, at Yanchai Hospital in Tsuen Wan District, Hong Kong.

She learned that she already had Stage 4 ‘C’ and had to be admitted immediately. The illness affects her ovaries but has spread to her lungs and appendix. When she felt better and was discharged from the hospital, Remelyn decided to go home.

Though she has a house in Pampanga where her child, one named Miller, lives, the overseas Filipino worker (OFW) decided to go to Roxas City to live with her sibling’s family. She went to Capiz Doctors Hospital for treatment. 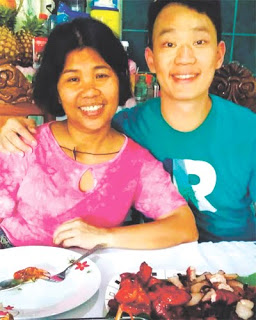 Her operation was done last March 13 while her chemo treatment will begin on April 22.

When Philip learned about the plight of his former nanny, the young man who is now in his 30s immediately flew to the Philippines to cheer her up. He spent 4 days in Roxas City, returning the favor by taking care of his former nanny now that she is sick.

Remelyn was touched by Philip’s gesture, saying she would never forget this for the rest of her life…