What’s your dream job? Some joke about wishing they could earn money while sleeping – but that’s exactly what a Pinoy teen is doing. He earns money by streaming while he sleeps! Wow.

During the day, Euan Garcera spends some hours gaming and posting his streams on his social media channel, ETS Gaming.

Just like many other gamers, he’s doing the streaming for fun while he’s playing. But he also hopes to earn from streaming games, especially because his mother lost her job during the pandemic. 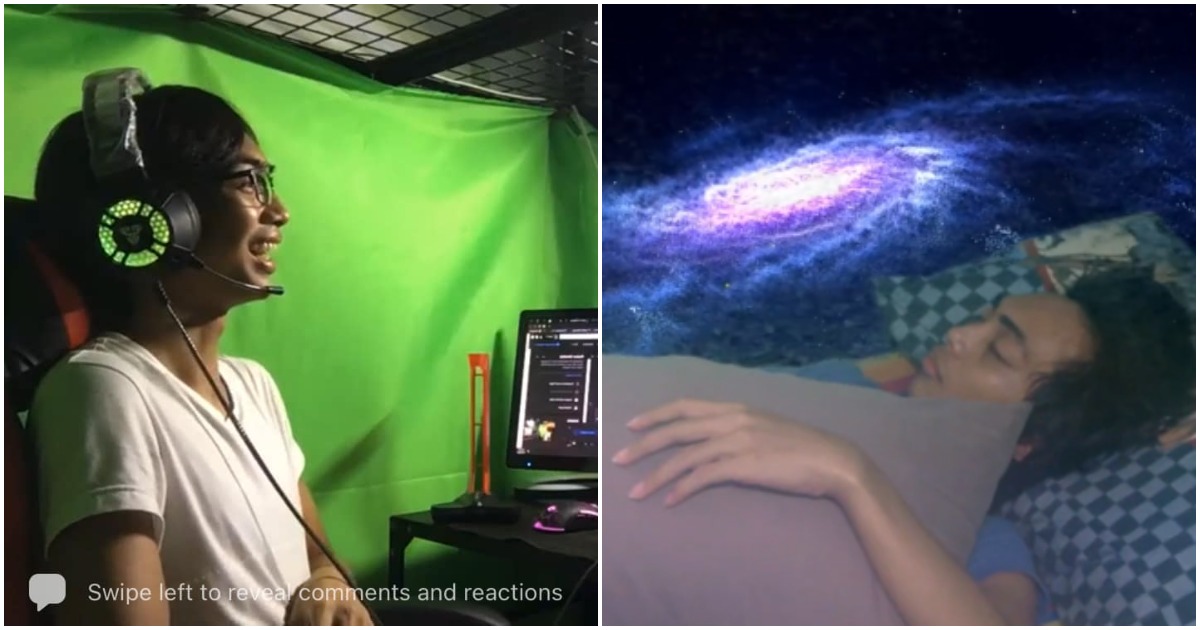 “For over a year, all I’ve earned from streaming my gameplays was $60,” he recalled.

It wasn’t much, but it was a start.

Yet the teen was surprised when he earned more money while sleep streaming.

The “stars” he’s referring to are the monetized emojis that the audience sends to a streamer.

Many were surprised to learn that he’s earning that much, especially because he started out with just a phone and his TV as the screen. At the time, he couldn’t afford a PC or laptop.

An uncle donated some money so he could buy a PC to improve his content, after noticing his setup. “My Uncle Michael, who lives in the U.S. helped me by donating $400 so I could buy my dream computer for my schooling and streaming needs. I am really grateful because of that,” the teen happily announced.

“It was my first time to get my hands on that amount of cash.”

He admitted to crying after receiving the money, but he has since put that PC to good use. He’s been streaming his games and continues streaming while he sleeps.

What is Sleep Streaming?

Sleep streaming is the concept of streaming or doing a live video while sleeping. Surprisingly, this kind of setup works, and one sleep streamer named “Asian Andy” even earned as high as $16,000 (Php800k) in one night by just sleeping.