In a move that shamed the workers and officials at the Philippine Overseas Labor Office (POLO), the representative of an employment agency called the police to the office over a lost envelope with a $500 (Php25,000) bill. This got the employment agency suspended as angry POLO officials refused to accept the representative’s apology for wrongfully calling the police on the agency.

It all started when the representative accused the POLO workers of taking the envelope with the money. The agency was later identified to be O&S with its office at North Point, Hong Kong. The representative was at POLO to process and pay for a worker’s membership to the Overseas Workers Welfare Administration (OWWA).

According to the agency representative, he arrived at the POLO at 11AM but by 3PM, his application documents where not yet called.

He complained about the slow service and asked the staff to search for his documents so he could determine how far the papers had moved. But the POLO staff could not find the envelope, leading him to believe someone pocketed the money.

While the staff explained that there are cameras everywhere and they could check the CCTV footage after office hours because everyone was still so busy with so many concerns, the agency representative would not listen. Believing someone really got the money, he called the cops who arrived at the office to investigate.

The envelope was found on the floor. 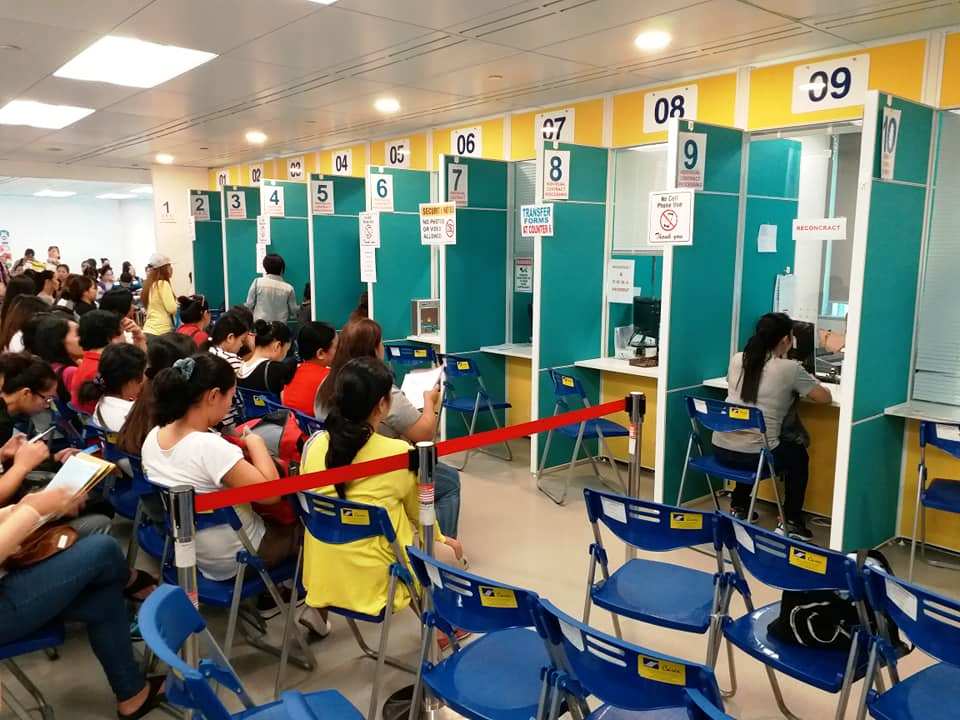 They explained that it was standard practice for everyone to attach their payment with the documents for faster transactions as they won’t have to be called at the cashier to prepare the cash. These are stacked together just beyond the counters.

When the police arrived, the office was thoroughly checked and the folder with the envelope of money was found on the floor behind the counter. Had the guy waited, he would still get the folder without shaming the POLO officers, but because of what he did, the agency was suspended by the office.

While welfare office Marivic Clarin admitted that they do have problems with the primitive queuing system, they believe the agency representative shouldn’t have called the police over the matter that could have been solved upon checking the CCTV footage.

POLO is the operating arm of Department of Labor and Employment’s (DOLE) for the administration and enforcement of its policies and programs applicable to the Overseas Filipino Workers (OFW).