The family of an overseas Filipino worker (OFW) who hit her head in the comfort room is asking help to repatriate her remains. But the government believes it might take at least a month before her body can be flown back home due to the many travel restrictions currently imposed.

A lot of OFWs were lost to bad employers who might make them ‘disappear’ with no trace. Yet some also meet accidents on their own, leading to prolonged hospitalization or even loss of their life.

Estrella Dofredo, an OFW who hails from Ilocos Sur, suffered such a case after hitting her head inside a CR in Hong Kong. She had been working in Hong Kong for over 20 years.

Last Sunday, she went to the Plaza during her day off, just like what she has been doing with her friends for many years. But she met an accident as she slipped inside the comfort room and hit her head so hard that she suffered from massive internal hemorrhage inside her brain. 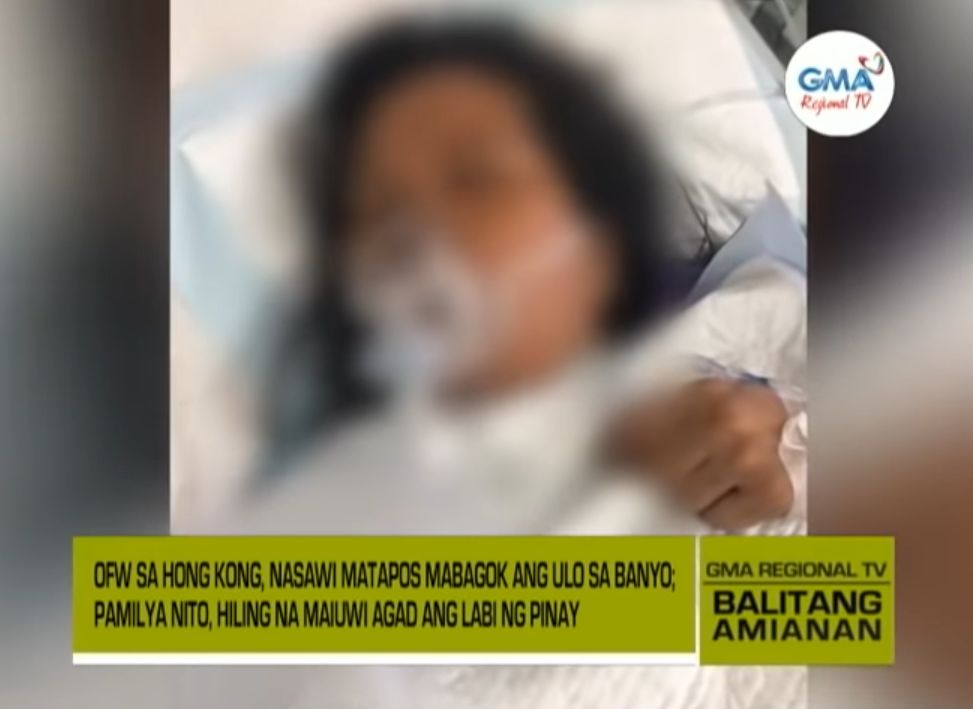 It was believed that she had lost consciousness before she slipped, possibly from another medical condition. She was immediately rushed to the nearest hospital where she spent the next 4 days in coma. Sadly, the injuries were too severe for her to survive.

The family was told that she had brain aneurysm. They are asking for help in repatriating her remains, but Loreta Vergara, Welfare Assistance Unit Head of OWWA-Region 1, said that it could take a month before Dofredo’s body could be repatriated due to COVID-19 protocols.

Vergara also clarified that Dofredo’s family will receive benefits from OWWA as her account is still valid, pursuant to Republic Act No. 11400, also known as the “Bayanihan To Heal As One Act”.

OWWA provides Php100,000 if a member passed due to a natural cause while Php200,000 is given if it was due to an accident. A burial benefit of Php20,000 is also added to this amount to cover funeral expenses.