After getting injured in an accident and being unable to find work again because of his injuries, a former OFW would secretly eat dinner to hide the real situation from his family. His story went viral after his son discovered his secret and posted the heartbreaking video on Facebook.

Aldie Relano used to work as a mechanic abroad. For over 10 years, he was able to provide for his family and make sure that they have food on the table – any food that they wanted to eat. 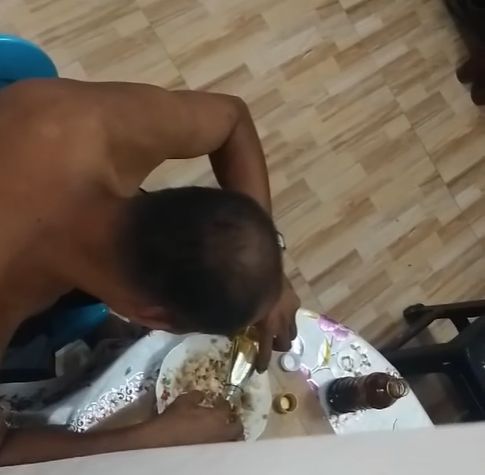 But last March 18, 2021, he was badly injured after getting hit by a truck owned by a cargo forwarding company. The accident damaged his right arm, breaking his bones in many different sections.

Nearly 6 months after the accident, he has yet to receive proper compensation from the company. But he’s having such a hard time in his day-to-day activities and couldn’t also find a job because of his situation.

It’s possible that he’ll never be able to work again, considering the nature of a mechanic’s job. 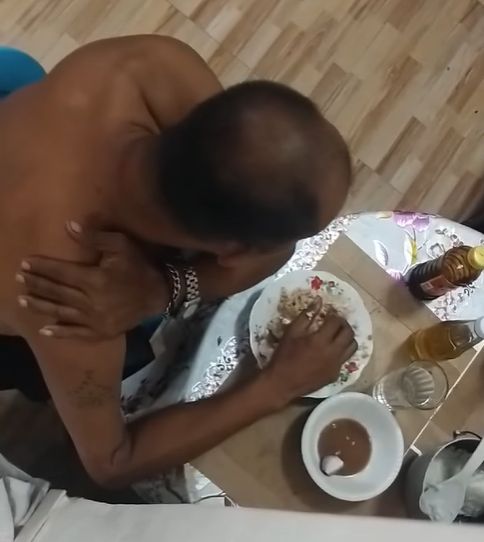 Knowing the difficulties that he’s facing with the possibility of never finding a job and providing for his family again, Relano would secretly eat dinner instead of dining with his family.

His son recently shared a heartbreaking video showing Relano eating by himself, using his left hand to sometimes support his right hand so he could eat properly. He would also rub his shoulders from time to time, seemingly feeling pain on that part. 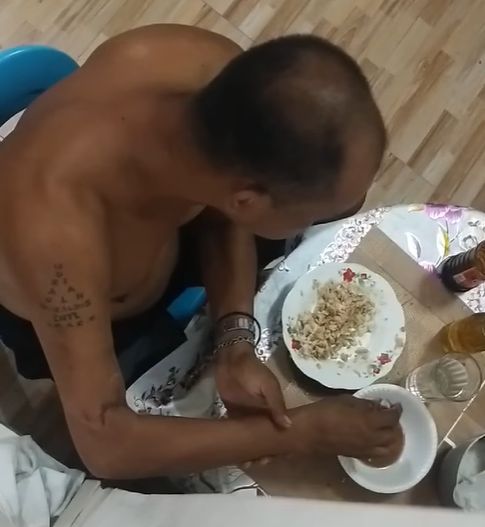 According to his son, Relano would tell them he had already done eating or will just eat later. But one night, he secretly followed his dad and saw him eating bagoong and onions. It turned out that the former OFW wanted his family to have as much of their food budget as they could, even if that meant he doesn’t eat properly…

There are many mechanic OFW jobs due to the high demand of skilled workers in many places in the UAE (United Arab Emirates) and other places.