Many overseas Filipino workers (OFWs) sacrifice so much as breadwinner of their respective families that they end up leaving nothing for themselves. While many of them don’t mind being the breadwinner as long as their families live a better life, a lot of them also end up being ignored by their families when they no longer have a job to support their upgraded lifestyle!

That’s what happened to a former OFW identified as Ramon Nabuhay who now lives in Luneta after losing his job in 2018. In a post that has gone viral on Facebook, the former OFW is said to be living at Luneta, a park. He does not have a proper roof over his head or enough money to buy food to feed himself three times a day.

What’s sad, though, is that he used to live a good life as OFW. While working in Saudi Arabia for 21 years, he sent most of his earnings to his family. He did not even get married as he reportedly focused on providing for his parents and siblings. He even sent his nieces and nephews to school, the post claimed. 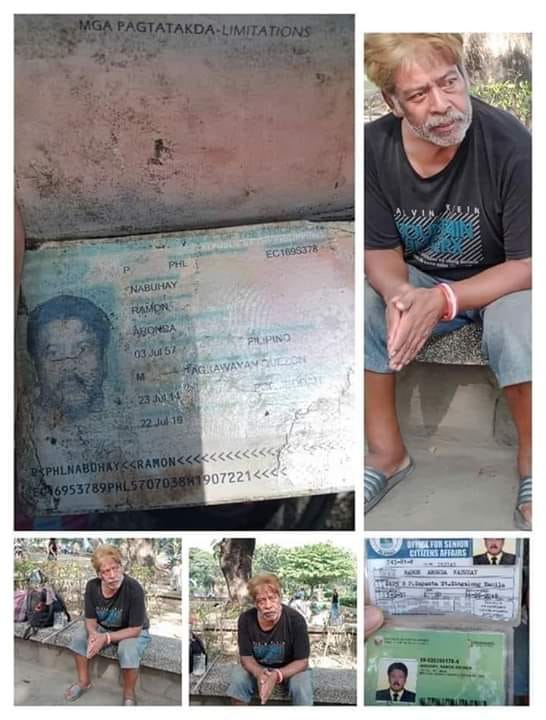 But in 2018, Ramon got sick. He constantly feels pain all over his body that it hampered his work and lead to him losing his job soon after. Since he’s single, he though that he would be alright because he doesn’t really have his own family to support. Plus, in the 21 years that he worked abroad, surely his siblings and their families would return the favor and help him out, yes?

Sadly, his family allegedly refused to help him out. He no longer has money to send to them and he doesn’t even have savings because he sent all his money back home, but no one helped him out. So, he now lives at Luneta and hopes that someday he will get better so he can find a good job again… Poor man.

Luneta, formally known as Luneta Park or Rizal Park, is a historical urban public park in the Philippines. Known historically as Bagumbayan, it is an important site in Philippine history as it was the location of execution of Filipino patriot and national hero José Rizal.