The UAE amnesty program was supposed to end on October 31 but the Federal Authority of Identity & Citizenship (ICA) of the United Arab Emirates (UAE) has decided to extend the program until December 31.

Formally known as the “Protect Yourself by Modifying Your Status” program, the amnesty program was launched in August.

After departure, you can come back as long as you get a valid visa. Moreover, those who choose this option also have the privilege of obtaining a temporary residence. 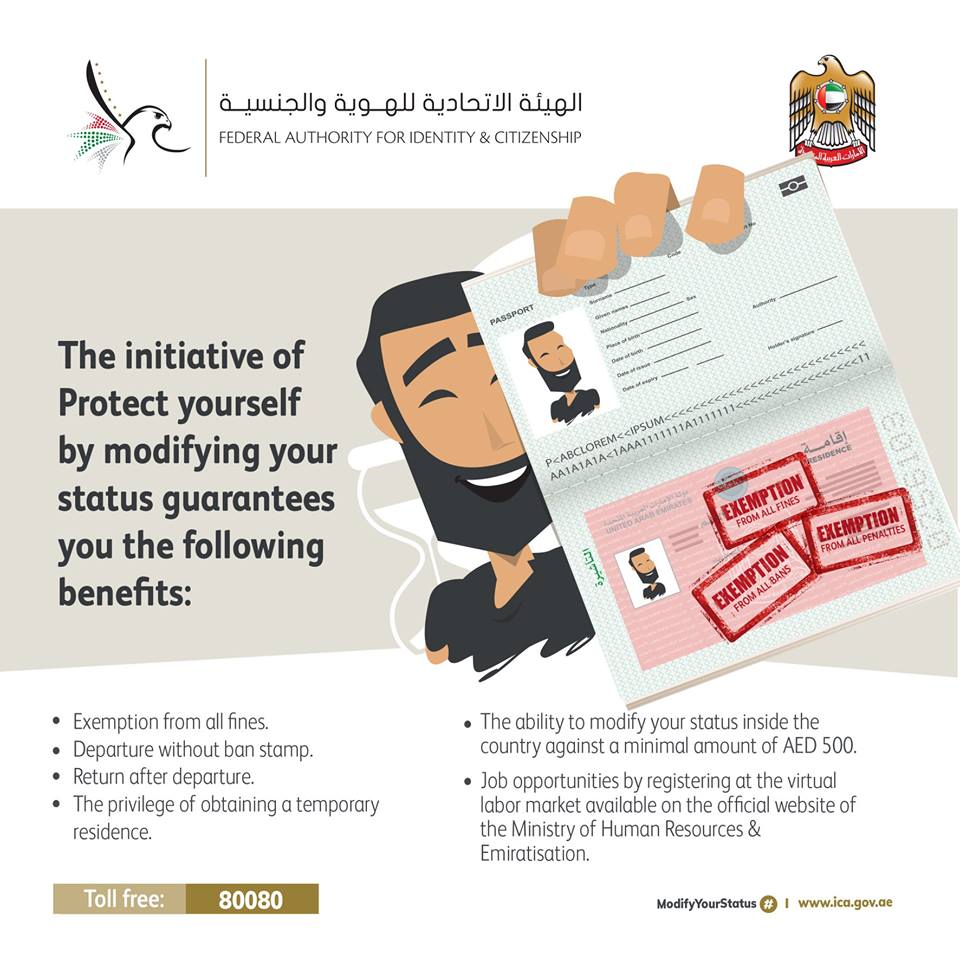 For those who plan on staying in the UAE are allowed to change their status and stay; though they must pay the corresponding fee of AED 500 ($136 or Php7,300).

If in case you had violated the visa laws and entered the UAE on bogus papers, you are allowed to leave without paying fines – and you will only get a 2-year “no entry” status. Afterwards, you can come back to the UAE once the period is over for the ban. Just apply for a new visa.

According to a poster shared by the ICA in a post dated August 2, 2018, those who apply for the amnesty program also get the chance to apply for jobs available at the virtual labor market. All they have to do is to register on the official website of the Ministry of Human Resources & Emiratisation.

There are 9 centers where you can avail of the amnesty program across the UAE:

Brigadier Saeed Rakan Al-Rashdi, the Acting Director-General of Foreign Affairs & Ports at ICA, warns that tougher visa rules and crack downs will be implemented once the amnesty period is over. So, if you still haven’t availed of the amnesty program, you have until December 31 to do it.