Around a hundred overseas Filipino workers (OFWs) who had been working illegally in the United Arab Emirates (UAE) were repatriated on Thursday, August 16, with the government of the Philippines shouldering the necessary fees and fines these workers had to pay as well as their flights to the Philippines.

Some were even lucky enough to receive connecting flights bound for their respective hometowns, courtesy of the government.

The Department of Foreign Affairs (DFA) sponsored the flights of these OFWs who arrived in the Philippines a little past 10AM on Thursday.

Aside from the flights sponsored by the government from the UAE to Manila as well as from Manila to their respective hometowns, the government also paid for their absconding and immigration fees to ensure that they are cleared to get back home, knowing that they no longer have money to pay these fees on their own. 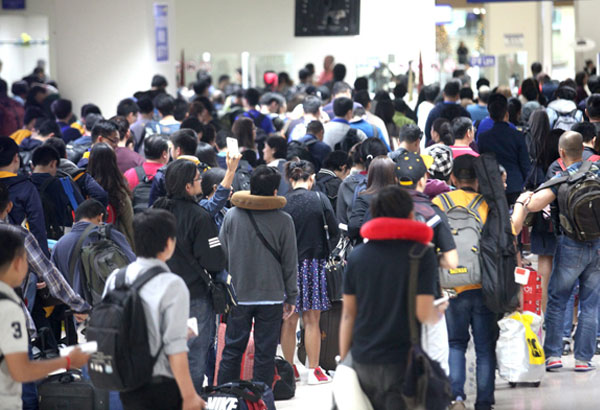 The UAE government has been providing amnesty programs for these OFWs. Interested OFWs only have to visit the nearest Philippine Consulate and the Philippine Embassy to avail of the amnesty offer until October 31, 2018. They can also visit pcgdubai.ae for more information.

The amnesty program is offered to those who are overstaying in the UAE or have absconded from their employers; however, those facing legal cases in the country are not eligible to apply for the amnesty offer.

Many of those who availed of the amnesty program and were able to go home last Thursday had been working in the UAE without proper documents for many years. There were some who had entered the foreign country on legal documents but were overstaying or had ran away from their original sponsors/employers and sought other jobs, not renewing their official documents when these expired.

A lot expressed thanks to the government of UAE and the Philippines for the amnesty program and the tickets for home.