A “Huwag Maingay” sign spotted on the window of a bus in Taiwan drew mixed reactions from netizens, with many saying that it is rather shameful that Pinoys are getting this reminder in a foreign bus.

Now, Filipinos love to hang out with each other and enjoy some ‘chika’ moments with friends or even strangers but fellow Pinoys, particularly if they meet in another country. In fact, it is easy for Filipinos to make new friends with other Pinoys, even the ones they meet on public transport in these new places around the world.

It could not be denied that there are times when Pinoys can be quite loud as we express ourselves, laughing and making jokes with each other or simply trading stories about our hometowns, families, and experiences. 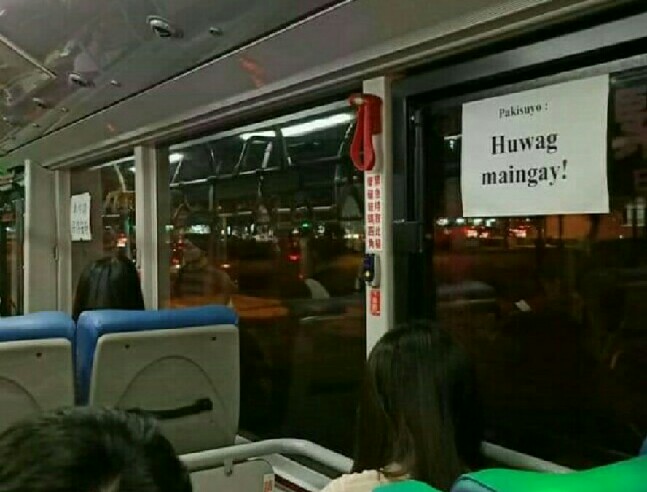 Not everyone enjoys the friendliness that Pinoys, it seems.

While there is no mention that the sign is for Filipinos, it is written in Filipino; obviously, it was placed as a reminder for Pinoys to keep quiet during the ride.

Ariel shared other photos, with other signs still written in Filipino but placed on top of signs written in Chinese characters. 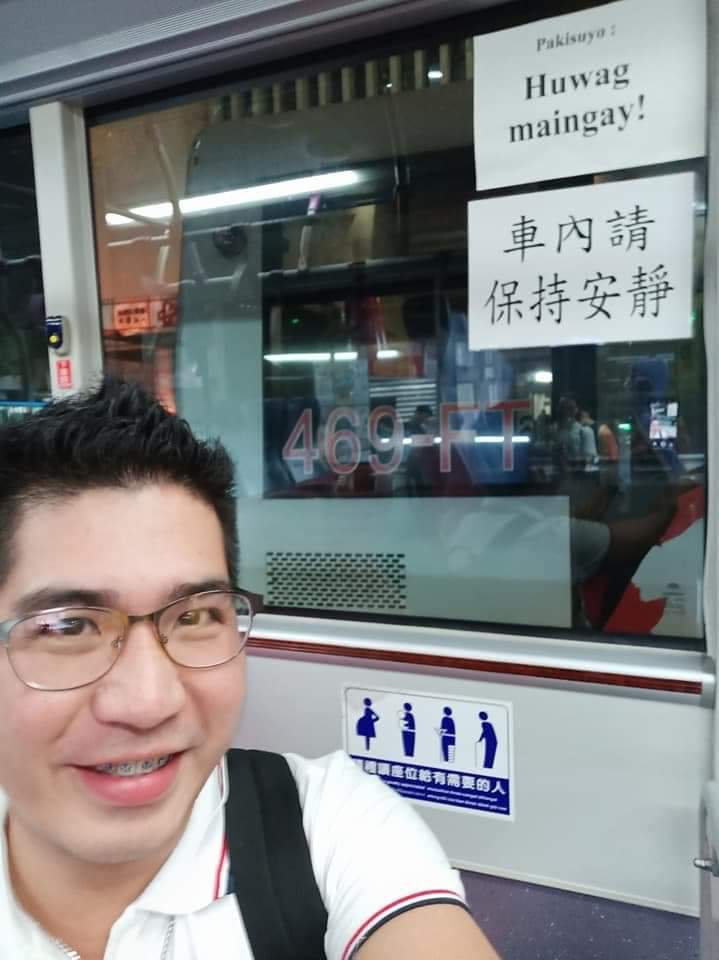 Considering that we are foreigners in these countries outside our own, other netizens commented that we should just follow their rules and not complain about getting told to keep quiet during the bus ride. Perhaps the bus is often taken by those who came from their jobs and wanted to sleep on the way home…

There are so many Filipinos in Taiwan, actually forming the third largest national contingent of migrant workers – that’s as of the last survey in April 2011. A majority of workers in Taiwan have jobs in the manufacturing sector while the rest work as caregivers.