Home
News
OFW Belittled for Having No Expensive Gadgets and Jewelry, Shares Where Her Money Goes

Mhai Mansueto San Pedro is no stranger to going viral. After all, she went viral on at least two occasions. First when her employers in Saudi gave her designer bags plus Php500k to build a house, and another when her female employer gave her luxury gifts so she would let her madam give her a makeover.

But Mhai went viral again recently after she was belittled by another domestic helper because she didn’t have expensive gadgets and was not wearing gold. It might already be her second contract abroad, but Mhai still hasn’t bought a big ticket item for herself. Her phone had a cracked screen and she doesn’t wear gold jewelry whereas there are workers like her who already got iPhones and have expensive jewelry. 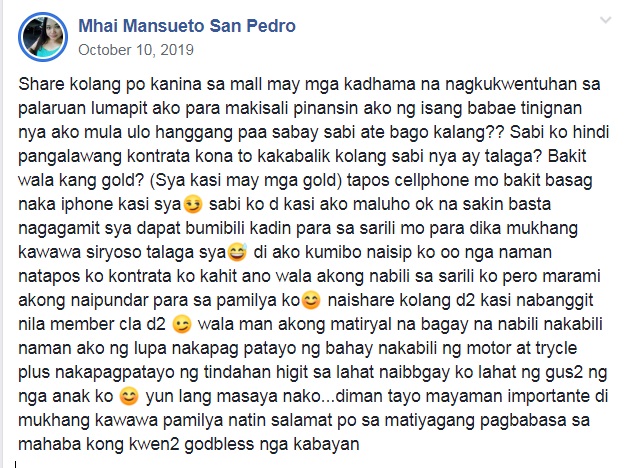 One day, Mhai was belittled by a fellow domestic helper for not looking better. She was inside a mall at the time, trying to befriend some fellow Pinays when one looked at her from head to foot. Then, this woman asked her whether she is a new worker. 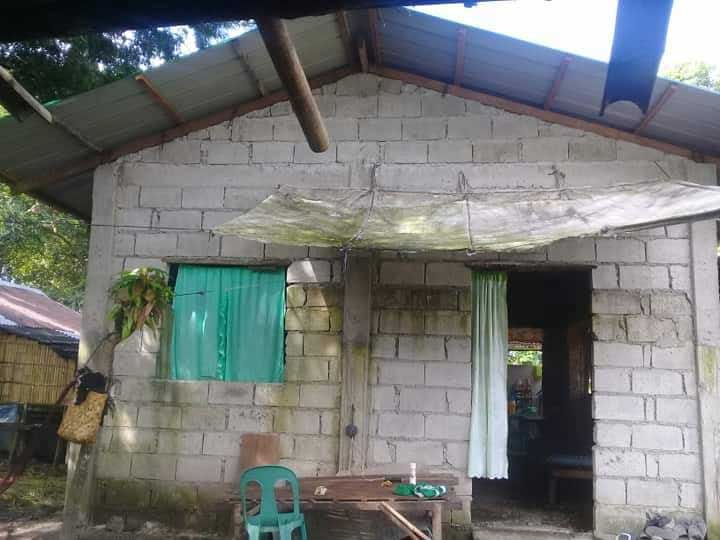 Mhai explained that she is not fond of buying luxury items for herself. But the woman truly pitied her. So, Mhai simply did not say anything afterwards but thought about the things that she was able to provide for her family.

Aside from the home she got from her employers, she was also able to provide for the needs of her family. She bought a motorcycle and tricycle, got her family a sari-sari store, and was able to buy everything her kids wanted. She believes that it’s alright if she might look pitiful in the eyes of the other domestic helpers as long as her family members are not the ones looking and feeling pitiful… 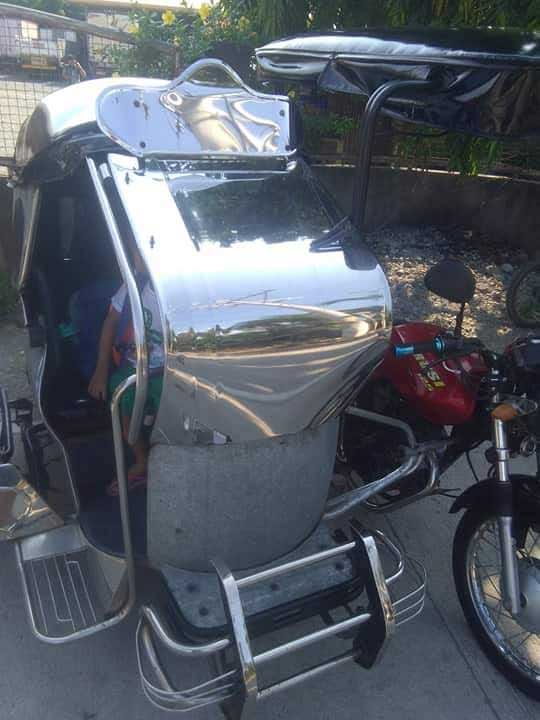 How Long is a Domestic Helper’s Contract?

Interested in working as domestic helper? Usually, contracts are for 2 years, with a 1-month vacation at the end of the contract, with free tickets from the host country to Manila.