An OFW (overseas Filipino worker) barely managed to escape from the house of her employers in Saudi Arabia after she was hit by the woman over a missing kitchen mixer part. She’s determined to pursue the case against the female employer, despite getting an offer for settlement.

It’s a sad reality for many OFWs, particularly domestic helpers in many countries in the Middle East, that they get maltreated by their employers over simple, trivial matters.

Just like Aibelle Poniente, a domestic helper in Saudi Arabia, who was repeatedly hit by her female employer until she could barely breathe – all because she can’t find a part of the kitchen mixer that the woman needed to use for baking something. 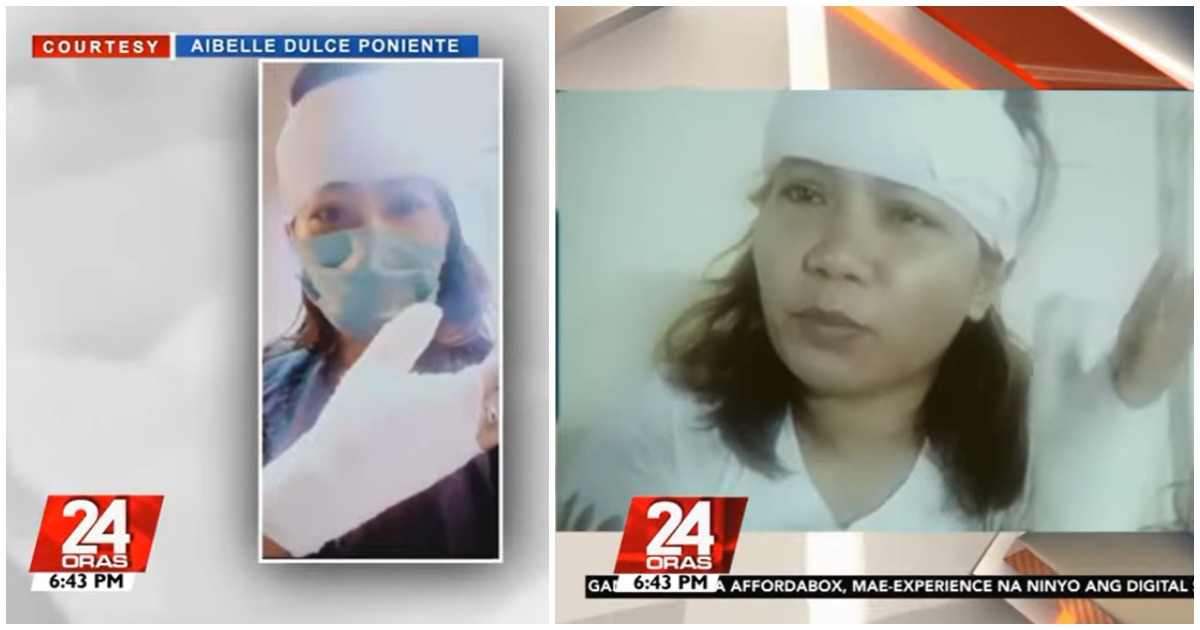 The incident happened last October 23, 2021. According to Aibelle, her employer wanted to bake something so she was asked to find a part of the kitchen mixer. When she failed to find it, the female employer got angry and began hitting her with a figurine.

Not satisfied, the furious employer also kicked her body and grabbed her hair. Despite her pleas, the woman was too angry to stop. When it was finally over, Aibelle had wounds all over her head, hand, and other parts of her body.

Too scared that this might happen again, Aibelle decided to escape from the household with the help of other OFWs. She was able to reach the POLO (Philippine Overseas Labor Office) of the DOLE (Department of Labor and Employment) in Riyadh, Saudi Arabia where she found help.

She was brought to the hospital for treatment and was provided assistance in filing a case against the female employer. The woman tried to settle with Aibelle, offering her 1,000 Riyals (around Php13,500) but she refused to accept it.

Where to Find Help for OFWs

The POLO office is one of the main government facilities outside the country that helps distressed OFWs over various concerns, including problems with their contract and employment as well as issues concerning maltreatment.