While a number of sectors are bemoaning the higher dollar-peso exchange rate as this is believed to have a huge impact in lowering the country’s economy, the families of overseas Filipino workers (OFWs) actually prefer the higher rate and are rejoicing that they are receiving more.

The dollar-peso exchange rate reached $1 = Php52.88 last March 21, 2018. This led to many OFWs taking advantage of the higher rate and sending their remittances on that day.

Indeed, the families of OFWs are happy that they are getting a slightly higher amount of money from their family member’s remittance this month – that is thanks to the higher exchange rate.

But some people are worried that this might have a bad effect on the wallet of those who don’t have OFW family members. After all, while the higher exchange rate is cause for celebration for OFW families, this actually means a weaker economy as a country. The higher the exchange rate, the weaker the peso will be and the weaker the economy.

“We anticipate remittances to rebound in 2018, growing back to its recent trend of around five percent, as overseas Filipino workers take advantage of the weak peso, but downside risks persist given the Duterte administration’s proposal to ban OFWs from going to Kuwait…” HSBC Global Research wrote.

It further added that remittances possibly grew by 5.1% in January from last year, although this is slower than the 7.1% year-on-year increase posted in December last year.

Some economists also believe the weaker peso is not always a bad sign. This is only bad if inflation is really high. 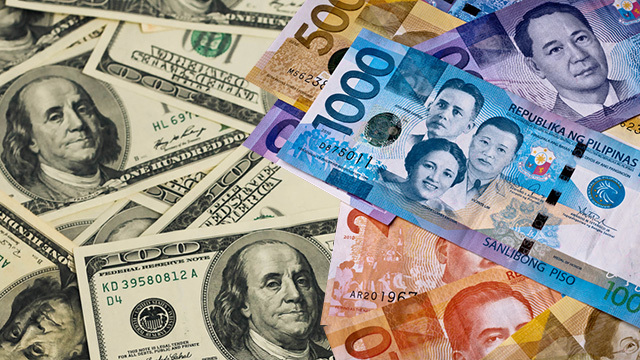 With a likely increase in the prices of imported commodities, consumers could turn to local products – and this is favorable to local producers and manufacturers. In turn, that will be good for the economy.

Fitch Solutions Macro Research projects that if the trend continues, the peso will further weaken to Php54 per dollar by the end of 2019.