In hopes of receiving up to Php3,000 in cash assistance for families of overseas Filipino workers (OFWs) affected by Super Typhoon “Ompong” (Mangkhut), hundreds of people camped out at the Capitol of Ilocos Norte to ensure will be first in line.

Overseas Workers Welfare Administration (OWWA) announced that calamity assistance will be released to OFWs or their families living in the areas hardest hit by the typhoon: Batac, Currimao and Pagudpud. 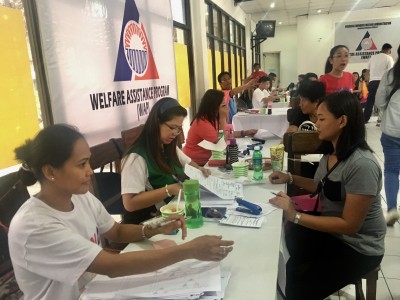 Those coming from Batac and Currimao will be accommodated from September 25 to 28 while those from Pagudpud will only be entertained on October 4 to 5.

The calamity assistance can be claimed by the OFW or their next of kin.

Eligible ‘next of kin’ are the following:

To claim the cash assistance, the eligible claimants must bring a valid ID, with photocopies also provided. If the claimant is not the OFW, he/she must provide proof of relationship to the OFW plus an authorization letter to claim the benefits. 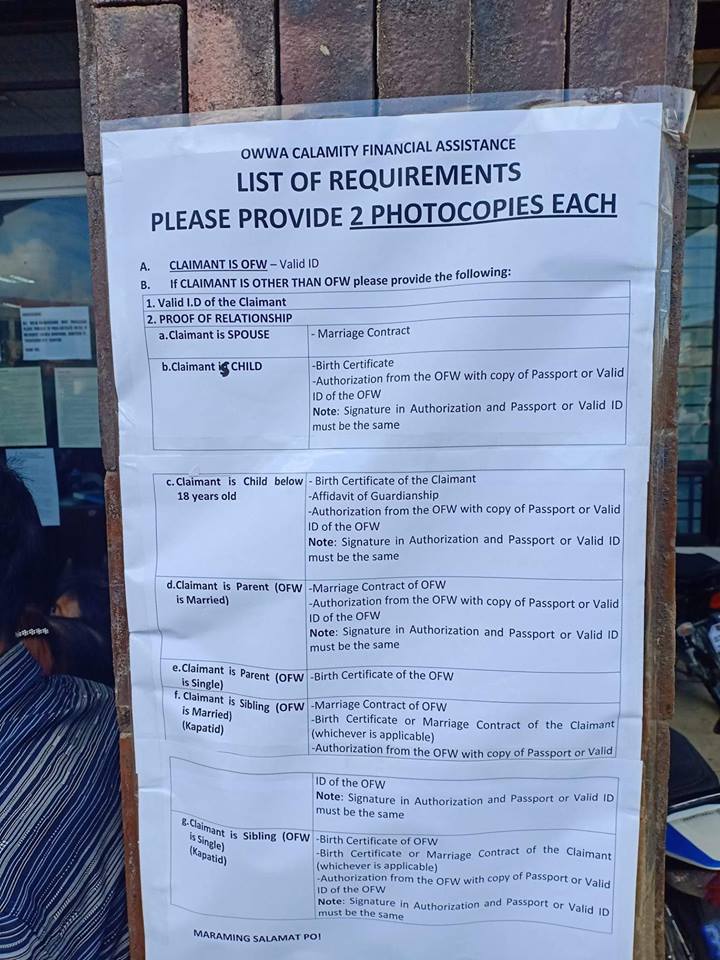 Sadly, not everyone who lines up get to receive the money. Only those who really come from the affected areas are entertained.

Also, there is a limit of only 350 slots per day; thus, many families from Batac City decided to camp out as early as Monday, September 24, even if the schedule was still from September 25 to 28. There were many who traveled all the way to the capitol, only to the told that the slots have all been filled out.

Sharon Aliga, a former OFW from Batac, and her friend Mae Joanne Camalig went to the Capitol from Batac but the two who were former factory workers in Taiwan failed to receive the money as they were unable to get a priority number.

But Aliga said she still feels happy because she saw that a neighbor was able to receive Php3,000.