One of the happiest moments in the life of an overseas Filipino worker (OFW), perhaps, is to finally fill a balikbayan box of ‘pasalubong’ for his or her family in the Philippines. The filled box represents the hardships, sadness, and pains that the OFW must go through, so he or she can provide a better life for his or her family back in the Philippines.

But, what if this precious balikbayan box did not make it to its intended recipients? What if the contents got loss in transit?

Such is the case of Shirly Montina Asuncion, who sent a balikbayan box to the Philippines through a courier company

According to her Facebook post, she is filing claims against the courier company at the Small Claims Tribunal of Singapore for allegedly mishandling her package. 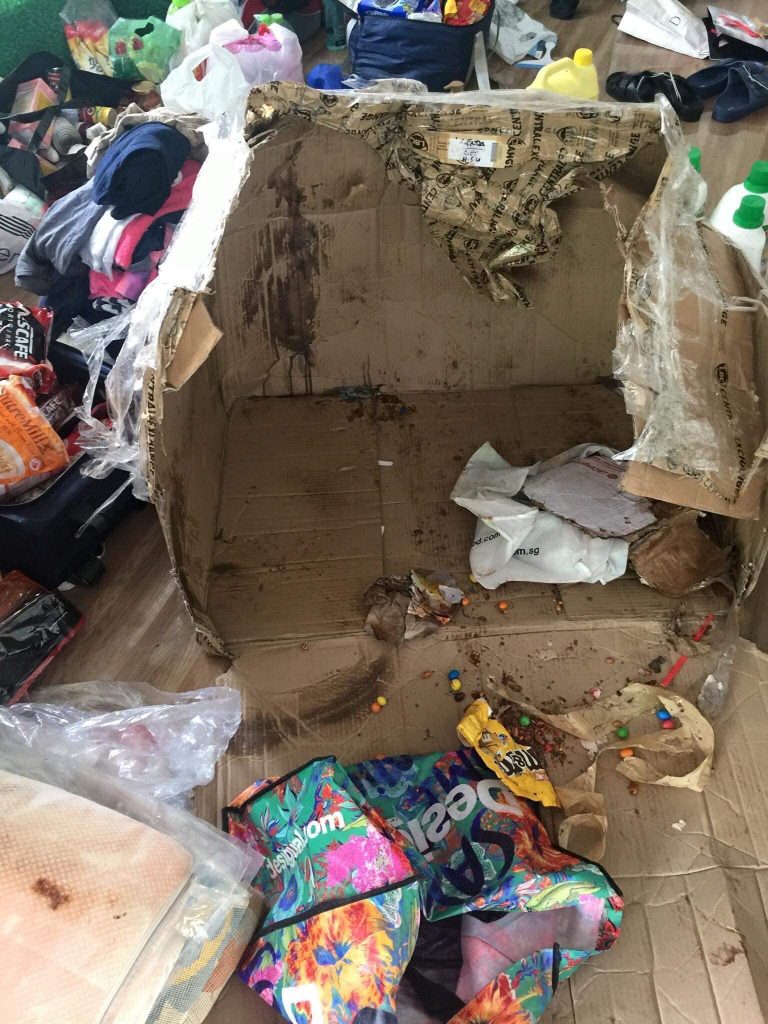 Shirly said that it took her six months of saving money and buying groceries, food, and clothes which she intends to send to her family in the Philippines. It took her two days to pack everything in one balikbayan box.

Though sending an XL-sized balikbayan box would only cost $170, Shirly paid $245 because the box was, apparently, reshaped.

From July 3 to September 23, 2020, it took the balikbayan box more than two months to be delivered to their house. It came during her son’s birthday, and it was supposed to be a happy occasion for her and her family.

Much to their surprise, Shirly’s XL balikbayan box turned into three small to medium boxes. The contents were repacked, and contents were either damaged or stolen, according to her Facebook post.

Fragile items such as glass wares were missing, as well.

Shirly also mentioned in her post that there were empty chocolate wrappers inside one of the boxes. Another box, which contains the carpets, is in good shape and the contents were intact.

The courier company tried reaching out to Shirly. However, the OFW is determined to put a stop into this practice.

I ask for CLAIM NOT BECAUSE I WANT My MONEY BACK, I ask claim is because I work hard for it. I bought all those…