Every month, Gina Soriano sends money to her family in the Philippines while she works in Dubai. Little did she know that the 1,695 Dirhams (around Php24,600) she recently sent to them would actually bring them good fortune, to the tune of 1 million Dirhams (Php14.5 million)!

“I was very surprised to be this year’s millionaire. This is a life-changing event that will surely help me improve my life and realize my dreams, including providing a decent life for my family,” Gina said.

She had been working in the UAE for over 10 years.

Recently, after sending remittance to her family in the Philippines through UAE-based foreign exchange and money transfer company Al Ansari Exchange, she received a raffle couple for the company’s 2-month rewards promotion.

The raffle promo had the 1 million Dirhams (Php14.5 million) as the Grand Prize. The promo also included other exciting prizes such as a brand new Mercedes Benz 2018 model and money.

Last August 14, Al Ansari Exchange held the pre-qualifying round wherein nine coupons were picked out of the whopping 5 million raffle entries they received.

Gina’s coupon was among those picked for the raffle. 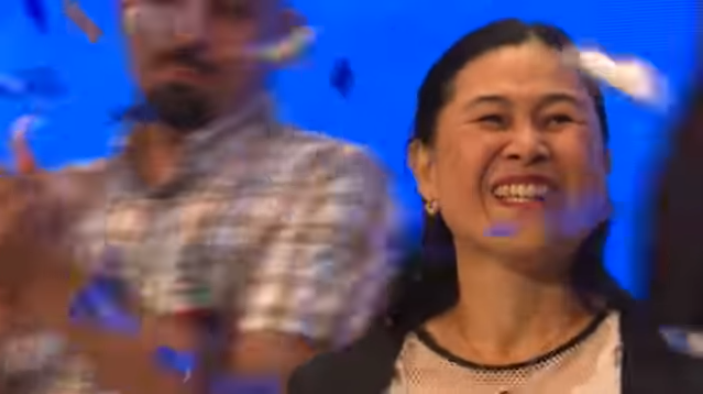 On Tuesday, August 28, Al Ansari Exchange held a raffle draw that was also publicized via live stream. Gina was ecstatic upon hearing her name being called as winner!

“We hope that the cash prize will make a positive difference in her life and her family’s life. We were also overwhelmed by the number of entries we received during this year’s promo,” said Al Ansari Exchange general manager Rashid Al Ansari.

But Gina wasn’t the only Filipino who went home with a big smile. Antonio Artisuela Cano won the car while Honesto Dela Cruz received 10,000 dirhams (around Php145,500).