An OFW (overseas Filipino worker) in Kuwait was spotted roaming the streets, still in her maid’s uniform. She appears to have lost her sanity as she talked incoherently to another Filipino who was worried about her welfare.

There are so many challenges that OFWs face while working outside the Philippines. It’s sad, however, that there are some who suffer from a mental breakdown or even totally lose their sanity due to various reasons. 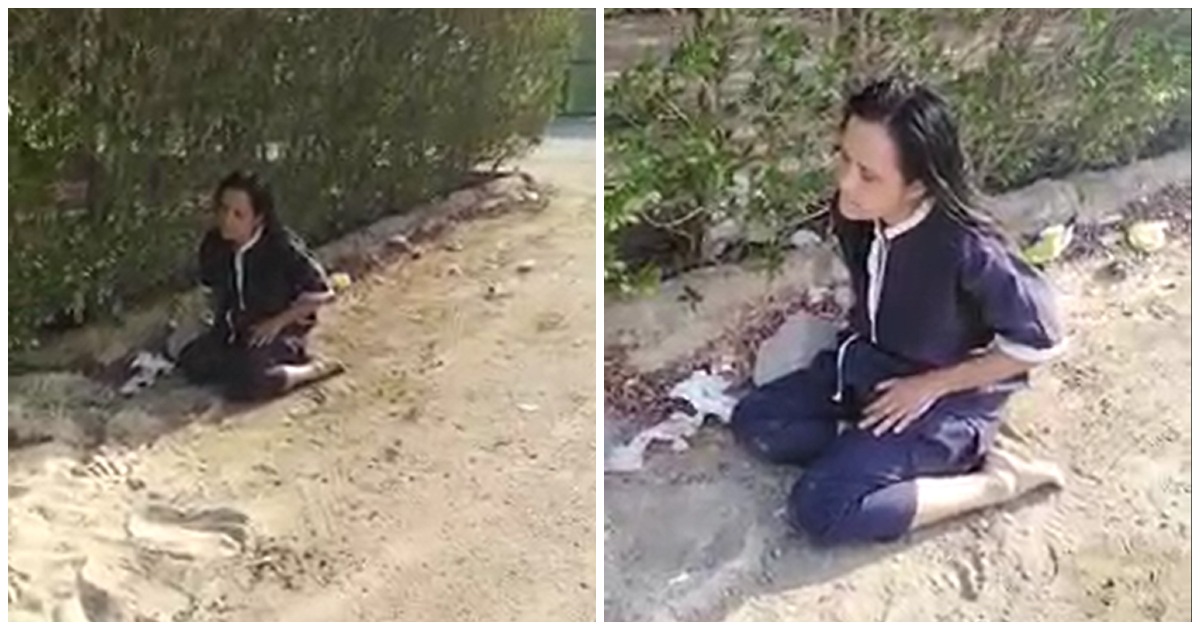 On Facebook, video uploader Forivir Yurs reportedly saw the Pinay maid whose name remains unknown as of press time. According to the video uploader, she was concerned after spotting the other Filipina slumped on the road.

She doesn’t know this other Filipina, adding that it was her first time to have seen the other woman.

Because she was with her employer’s children, she was too scared to comfort the stricken OFW because she was afraid for the kids’ welfare. But the concerned OFW took the video in hopes that someone else can help this Pinay out.

She explained that the video was taken just last October 27, 2021, near Jhara Qasr block 3 where she’s working.

Netizens are hoping that someone could help this Pinay before something worse happens to her. It remains a mystery why she’s acting in this manner and why she appears to have lost her sanity.

A lot of OFWs have suffered in Kuwait, but rescuing them can be a challenge. Deployment bans have repeatedly been imposed on Kuwait, but are always lifted some months later because there are also many job opportunities offered in the country.