After Typhoon Ulysses hit the Philippines, it left 73 people dead and displaced more than 720,000 families or 3 million individuals from the eight regions where it brought massive rain and floods. Aside from its effects on lives, Ulysses also brought P2.7 billion-worth of damage to agriculture and more than P5 billion to infrastructure.

To help alleviate the plight of her Filipino kababayans, a 31-year old former talent resourcing manager at the Crowne Plaza and Holiday Inn in Doha, Qatar started a fundraising drive by selling her pre-loved clothes.

“I am aware that there have been several typhoons recently but this one caught my attention more,” Joan Rachel Posadas-Anunciacion said. 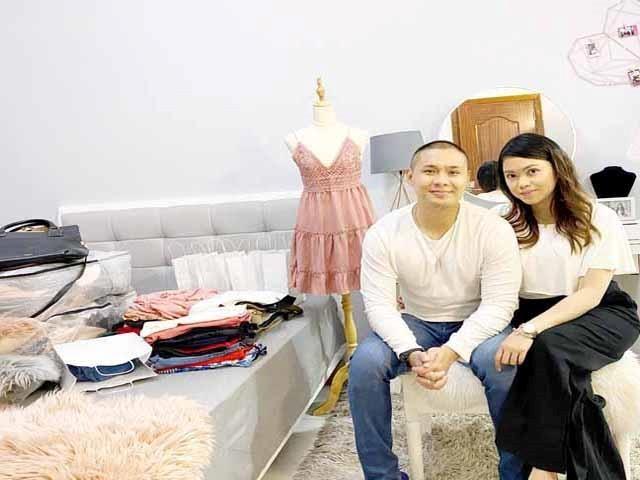 By selling her pre-loved clothes to the Filipino community in Qatar, she was able to raise 1,000 QAR, or equivalent to P10,000, in just one day.

“This is nothing like a gimmick. My first fundraising here in Qatar was when I got laid off in June together with several colleagues that I have personally hired,” Joan Rachel added.

Back then, she was able to raise around P30,000 which she divided among herself and her other colleagues.

She further added that she also donated money for a Filipino who got stuck in the Philippines while he was staying in the country for a vacation and to the fundraiser organized by the UP Baguio community for their faculty members.

In addition, Joan Rachel also did a fundraising drive for a dog who was left by her original owners after losing a job because of the coronavirus pandemic.

“My last fundraising was for my foster dog, Brownies. Her parents had been expatriated due to the pandemic, and could not bring the dog with them. Shana, the owner posted about it online, and I reached out to offer my help,” she explained.

Joan Rachel has already transferred the money she earned from selling her pre-loved clothes to three groups in Cagayan and in Isabela. She plans to do something similar for Marikina.

“It’s not that much compared to other fundraising drives since I don’t have pre-loved luxury items to sell. But like I said to my husband, this fundraising has finally given me the reason to start letting go,” Joan Rachel said.