An overseas Filipino worker (OFW) in Saudi Arabia was reportedly nabbed over a ‘staged’ post about finding food in trash cans, claiming that their employer is not giving them assistance amid the COVID-19 crisis.

With Saudi being so strict about social media posts and cyber libel, the said OFW is reportedly in big trouble with the authorities, announced the Philippines’ Department of Foreign Affairs (DFA).

The DFA issued a warning for OFWs to be careful with social media posts, particularly in countries known for being strict with their laws regarding cyber issues.

DFA Undersecretary for Migrant Workers’ Affairs Sarah Lou Arriola announced that one OFW was nabbed after figuring in a video with fellow OFWs as they scavenged trash bins for food. They allegedly did not have food to eat because their employer did not provide them support amid the crisis. 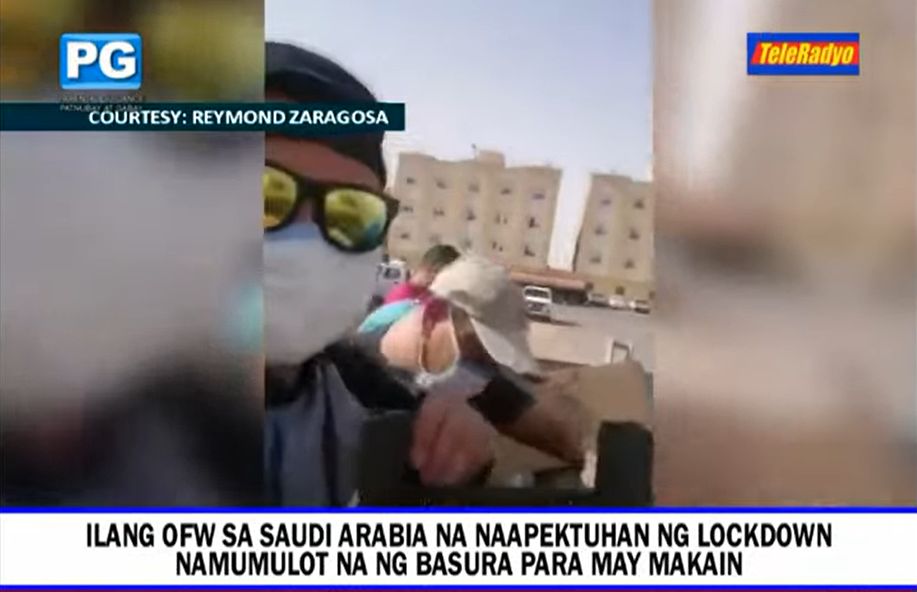 But the Saudi authorities got angry with the post, especially because the video reportedly ‘ruined the reputation’ of these OFWs’ employer.

Arriola did not elaborate the details of the OFWs’ offense and whether more OFWs were taken by the authorities. However, the independent investigation initiated by Arriola reportedly revealed that the video was ‘staged’ and ‘instigated’.

“The OFWs…were asked to go to the garbage bins, it was staged,” Arriola reported. However, she did not announce who told the OFWs to ‘stage’ the video.

According to Arriola, the OFWs affected by the COVID-19 crisis in Saudi Arabia have already been provided with relief assistance “for five or six times” from the Overseas Workers Welfare Administration (OWWA) and the Philippine Overseas Labor Office (POLO).

She belied criticism that they are trying to cover up the crisis. 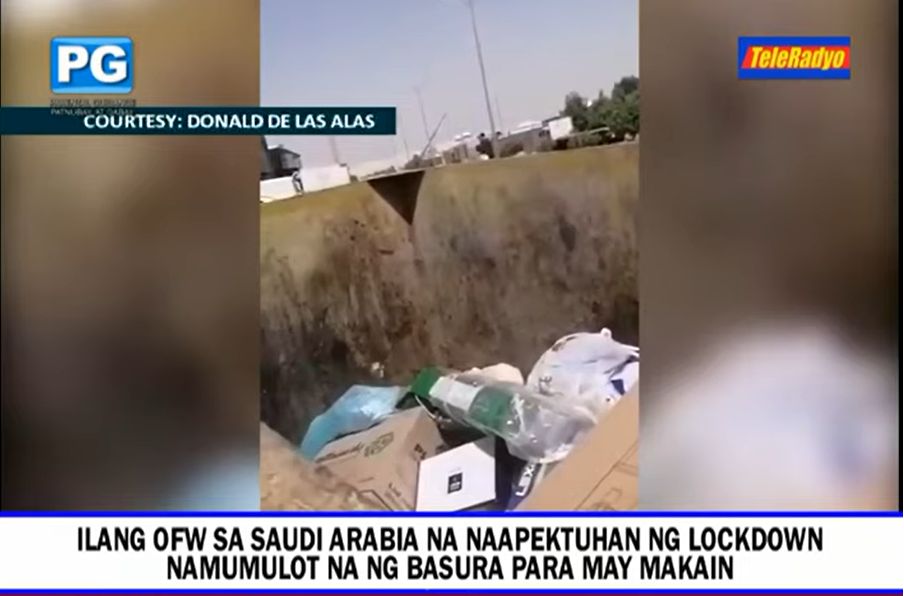 “We are not denying that there is a crisis. And there’s really a problem. The jurisdiction of Riyadh and the Philippine Embassy is very huge because it (Riyadh) is bigger than the Philippines,” Arriola explained.

“We just want to tell our Filipinos, especially in Saudi Arabia, that please be careful with your social media posts because you cannot ruin the reputation of the corporation you’re working for because they are very strict with cyber libel.”

It is unknown who among these OFWs had been picked up by the Saudi authorities:

How Many OFWs are in Saudi Arabia?

Based on the data from the DFA, there are currently about 800,000 OFWs in Saudi Arabia. However, this is only a rough estimate and does not include Filipinos who entered the Arab nation through ‘backdoor’ or illegal means.