A domestic helper suffering in the hands of her employers in Kuwait decided to take matters in her own hands by jumping from the 3-story building she was working in. Thankfully, she survived and has now received help from the Department of Labor and Employment (DOLE) through the intervention of Newsline.ph.

Last August 27, Newsline.ph reported the story of 28-year-old Gina Agustin Aguilar from Kabacan, North Cotabato who jumped from the third floor of building she had been working in Kalha, Kuwait. 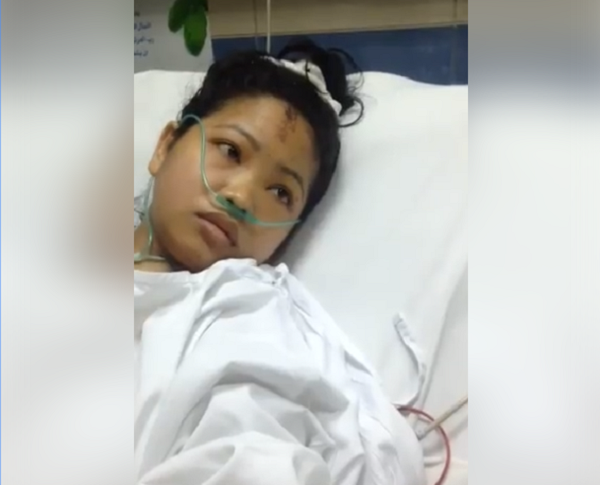 Concerned citizens rushed the mother of two to Amiri Hospital in Kuwait City where she underwent a major operation for spinal injury. Gina broke a heel and some of her ribs in the fall.

Another OFW, Jovelyn Valiente Nobleza, shared videos of Gina’s condition to inform her family in North Cotabato as well as to seek help from the government.

Despite the difficulty she has in the situation, Gina claimed it was her fault that she jumped and revealed that her agency had been telling her to have the videos taken down as this was prohibited; however, Jovelyn did not erase the videos, knowing this might be the only way Gina could find the help she greatly needed.

To help Gina, Newsline.ph called Labor Secretary Silvestre Bello and Secretary Christopher Lawrence Go. In a follow up report, Bello ordered the Overseas Workers Welfare Administration (OWWA) to provide medical assistance to Gina and to facilitate her immediate repatriation, if her health allows.

While Gina’s agency reportedly prohibited her from showing her face on camera and reporting the incident, Bello encouraged other distressed overseas Filipino workers (OFWs) to report problems to their respective embassies or the Philippine Overseas Labor Office (POLO) nearest them. 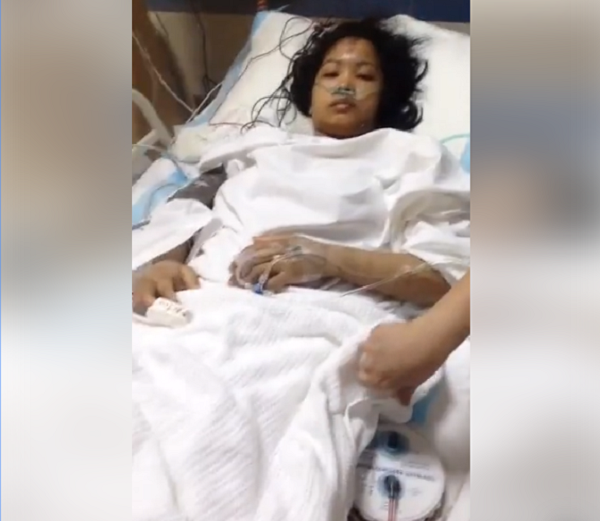 The Labor Department had previously received mandate from President Rodrigo Duterte to keep their lines open 24/7 to address such problems and help these distressed OFWs as soon as possible.