Home
News
OFW Keeps Secrets from His Wife, Surprises Her with New House at Homecoming

We have all heard stories of overseas Filipino workers (OFWs) going abroad to give their families a better life but end up breaking up with their spouses and going home to a new lover because the long distance relationship did not work out.

But one video recently went viral because the OFW comes home to the Philippines but no longer to his old home; instead, he takes his family to a new house that he had kept a secret from his wife. 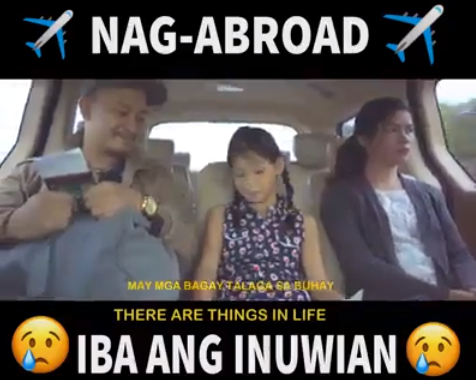 The way the video was presented made people hate the OFW at first.

In the clip, the OFW first bids goodbye to his wife and daughter, telling them that 3 years is not really a long time and that he would come back for them. While abroad, he keeps calling them but there were times when he appears to be excited over a secret that he told a co-worker was something his wife did not know.

Many netizens hated the guy, saying he was surely cheating on his wife. And if you don’t want the video to the very end, you would surely hate him as well, especially during the times when the wife would cry because he could not send money yet seems to be busy with someone else.

Towards the end of the video, he was shown in a vehicle with his family but contemplating over “doing what is right”. Would he leave them then? No!

Contrary to what the video had been insinuating, the OFW was not cheating on his wife but was keeping a wonderful secret: he built their dream house! Isn’t that wonderful?