There are millions of Filipinos working abroad, sacrificing time away from their families to provide them with a better life. Their reunion with their families is often filled with both tears and laughter – and this is made even sweeter when the overseas Filipino worker (OFW) plans a surprise for them.

Raymond has been working in Singapore for 8 years. He rarely gets to see his family. So, as he came home for a vacation recently, he decided to surprise his wife and baby. 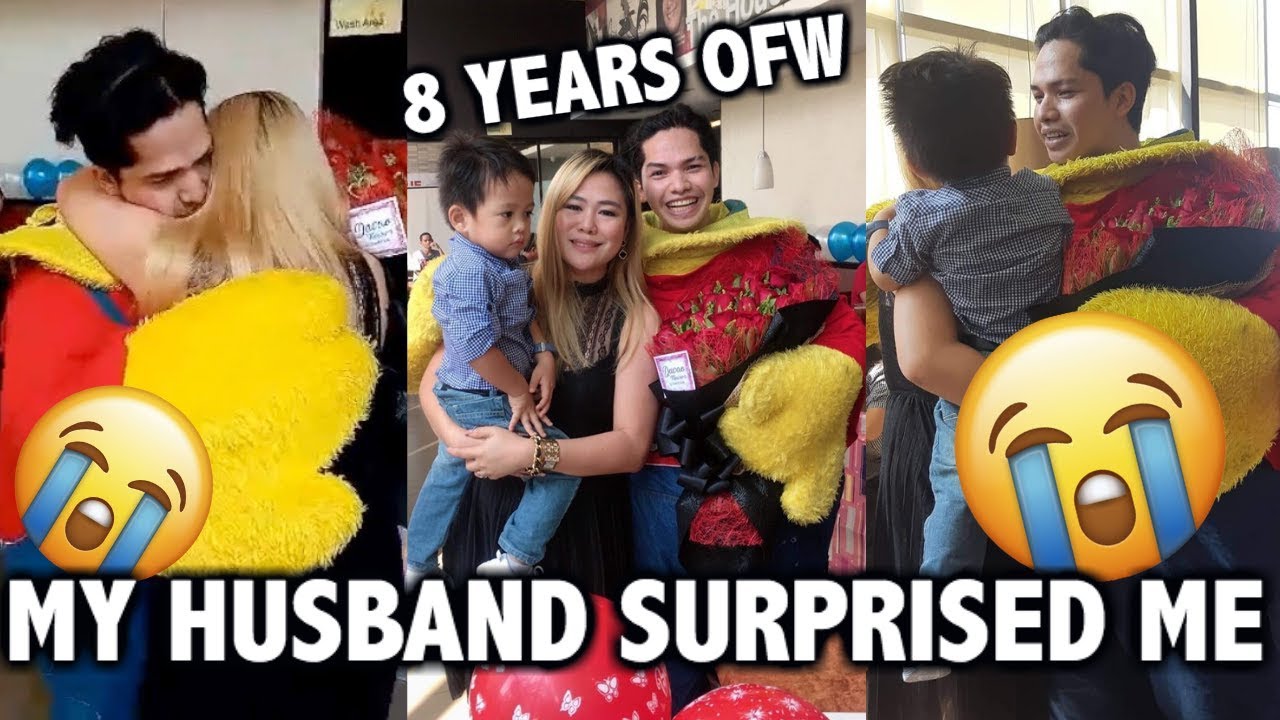 With the help of family members and friends, he was able to pull the surprise off – and his wife never knew he was coming home!

On the day he was set to travel from Singapore to the Philippines, Raymond’s wife was worried because he was offline. She got angry that she could not contact him, considering that he’s never been offline in the many years he’s been working in Singapore. Their lines of communication had always been open.

Little did she know that her husband was already on the flight home; that’s why he wasn’t online.

At the Max’s Restaurant in SM Lanang Premier, Davao City, Raymond was able to convince the manager to let him wear the restaurant’s chicken mascot for the surprise. The staff also helped him with the surprise.

When the family arrived, Raymond welcomed them to the restaurant; dressed in the mascot, he informed them they were just in time for the restaurant’s anniversary celebration. Then, the staff told the family their table had won gifts from the raffle promo! Wow. 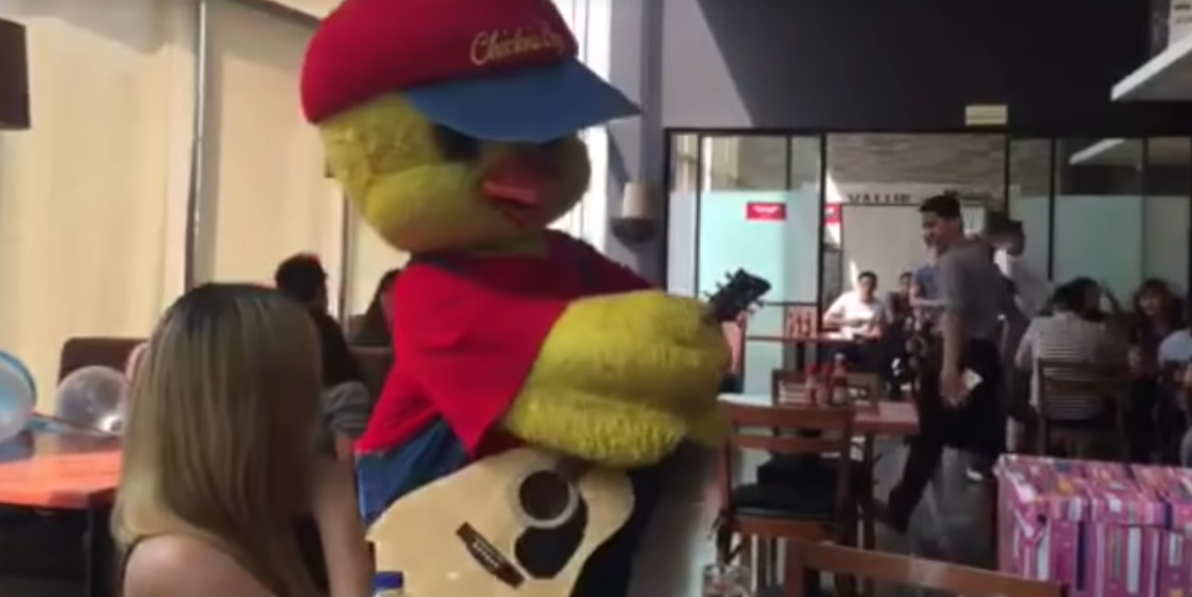 The mascot even serenaded them to celebrate the win. When she opened to box to find flowers and balloons, Raymond’s wife immediately realized these came from him – little did she know he was just there, serenading her already!

A mascot is something, a person or thing, that symbolizes a particular brand, team, or organization. Many sporting teams have their own mascots; though this is not really required. The mascots are simply something that represent the team.