A Filipina DH (domestic helper) is in hot water after trying to make fun of her disabled ward for the sake of likes in a TikTok video. The move backfired as netizens expressed anger over what she did – and what she might have been doing to the kid when no one’s watching!

Everyone these days seems to be trying their best to become famous, especially on social media. Though not everyone who becomes famous can become rich out of it, many want to achieve that for the sake of fame.

What’s sad is that there are people who are willing to hurt others, emotionally or physically, because they think that would bring on likes and make them famous! They don’t even realize that they are already hurting other people with their actions.

Take for example this Pinay domestic helper whose identity remains unknown as of press time. 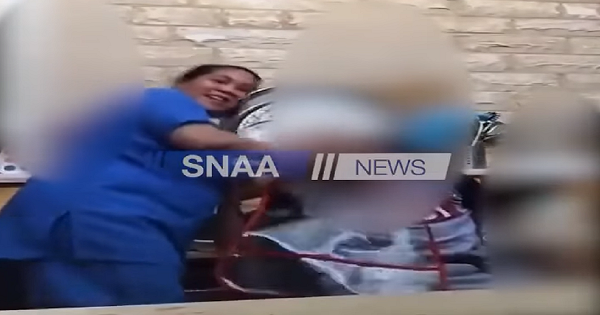 The Pinay was dancing in a TikTok video with another woman of unknown nationality (possibly also a Filipina). A boy is sitting in a wheelchair between the two dancing ladies. He appears to have some form of disability.

In the video, the ladies appear to be enjoying their dance but at one point, the Pinay domestic helper pulled the boy’s hair. It is believed that she did it to make the boy dance with them, too.

Many netizens were furious over the woman’s actions, especially because it’s clear that this is not the first time that she’s maltreating her ward. If she could do that in front of the camera and post it on social media, who knew what she did to the boy when she knew no one is watching?

It is possible that this Pinay domestic helper could be apprehended soon. Netizens are hoping this boy could get a better caregiver who won’t maltreat him in this manner, just for likes on social media.

Why is TikTok So Popular?

Tiktok has so many options for users to choose from or lots of things they could try out that it never gets boring. Also, you don’t have to be friends with someone to view their videos – and anyone can share them, too.

Because it never gets boring, TikTok can be so addictive!