A Pinay domestic helper was fired from her job after asking for her first day off in 4 months so she can mourn her mom. The poor woman was shocked, especially because her employer already bought her tickets for the flight home!

Rose Suarez, 42, had been working for 4 months straight with her employer in Hong Kong, with no day off.

She did not complain about it but when she lost her mom in April she asked her employer for a day off to mourn. But the Pinay domestic helper was shocked to learn that her employer would still not give her a day off, choosing to fire her instead! 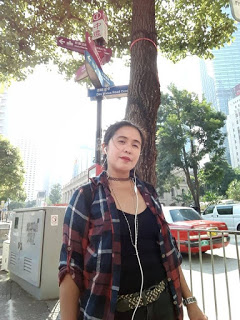 According to Rose, she had worked with the family for 2 years and 4 months. It pains her that they would simply fire her because she asked for a day off to mourn her mother. They claimed that they were scared of the virus. She explained that it is her first time to ask a personal favor, but they simply threw away what they had in terms of employer-employee relation the past years!

On her last day on the job, she had to work until late afternoon. Then, her employer paid her for 13 days’ worth of work amounting to HK$817 (Php5,300), annual leave credits for 2.25 days, and a plane ticker to Manila the very next day, May 1!

Also surprised with what happened, Rose’s friends advised her not to get on that plane for home. Instead, they told her to seek help from the authorities. Thanks to the Immigration’s relaxed rules on terminated workers’ 14-day rule due to COVID-19 crisis, Rose was allowed to stay. She was eventually able to find a new employer.

With the advice of her friend, she is also planning to seek help from the Hong Kong Labour Department on what to do for the 4 months of work wherein she was not given a day off. All domestic helpers are supposed to have a day off or get paid for the day they work on their day off. 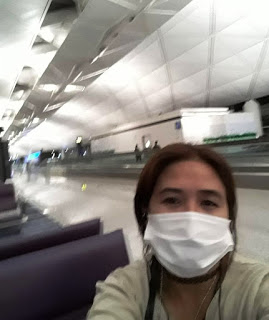 Moreover, because she was not given a 1-month advanced notice of termination, the employer was also supposed to pay her for that. While she waited, she had to spend a lot of money on transport fees in searching for a new employer, paying for her boarding house, and food expenses.

With the help of Consul General Raly Tejada, Rose was referred to the Philippine government’s “Akap” program for the US$200 (Php10,000) financial assistance for displaced workers, through Assistant Labour Attache Tony Villafuerte.

She is now receiving help from Mission for Migrant Workers so she could pursue the claim against her former employer.

Domestic helpers are entitled to a 24-hour rest day every week. They are entitled freedom to go out of the house, if they want to. That means that they have absolute freedom during their day off. However, employees can impose a curfew or simply let the domestic helper come back the next day so as not to disturb their sleep.