Filipino seafarers saved the life of a 62-year-old man who has been clinging to a capsized boat for his life.

Lacruiser Relativo, one of the crew, described the details of the rescue in a Facebook post. On the day of Thanksgiving, he was awakened by the call of duty officer telling him that they need to rescue someone. As merchant mariners, they were trained to respond to distress calls. 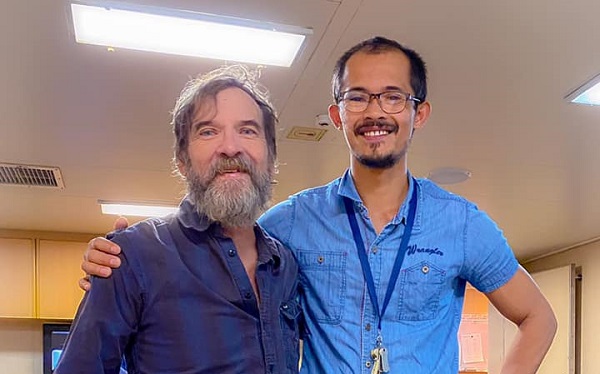 The man, identified as Stuart Bee, departed from Cape Marina in Port Canaveral on November 27. The next day, he was already to be missing. According to a member of Cape Marina, it was unusual for Stuart to stay overnight on his boat.

Apparently, Stuart’s boat experienced mechanical issues, as he woke up to water filling up his cabin.

But Lady Luck was still smiling at Stuart, as the cargo ship MV Angeles manned by a crew of 23 members, 16 of whom are Filipino seafarers, spotted his boat. When the ship got closer, the crew members saw Stuart waving his shirt.

After the successful rescue of Stuart, Lacruiser, as the medical officer on board, attended to him. But before he could start to ask him questions, Stuart asked him, “What day it is today?”

Stuart was adrift by the open sea for days. According to Lacruiser, the old man maintained his stance at the top of his capsized boat, careful not to make a single move that may trigger the yacht to sank fully.

As soon as Stuart is at the safety of MV Angeles, the crew gave him dry clothes and hot meals. Lacruiser even him his ‘lucky shirt’.

“I could give him a new one but this one is my favorite. I wish him the same comfort this shirt has given me during those tiring job interviews. Just like him, I was lucky to get the job. He was lucky too that our course crossed in the Atlantic,” Lacruiser shared in his Facebook post.