He had only been in his new company in Dubai for 2 months but overseas Filipino worker (OFW) Argee Lim already found a mistress, much to the anger and frustration of his mother and common-law wife.

Engelina Lim and Nenia Decena went to Raffy Tulfo in Action for assistance regarding the issue after repeated pleas to the OFW kept getting ignored.

On the show, Nanay Engelina begged her son to just go home so he could still fix his family. Despite him being her son, she is not taking her side as she takes pity on her two grandchildren who are affected by the situation. 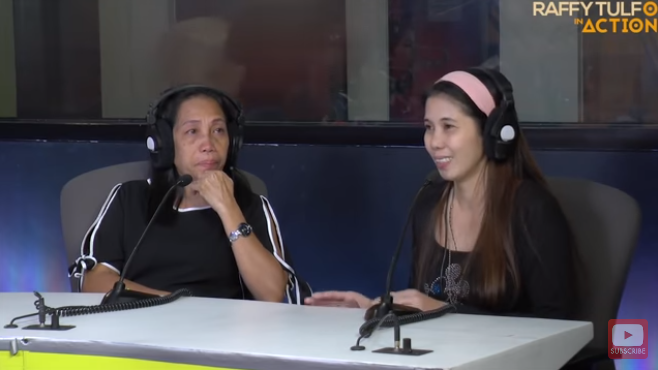 On air, Argee admitted to Raffy that he does have a mistress but he doesn’t want to quit his job and go home, saying it is better that he stay in Dubai so he could support his family.

Raffy disagrees, saying that he should remember that the primary reason why he went abroad is to support his family, something that he did not fulfill because he found someone else. The veteran broadcaster also told the OFW to listen to his mother because mothers are always right. 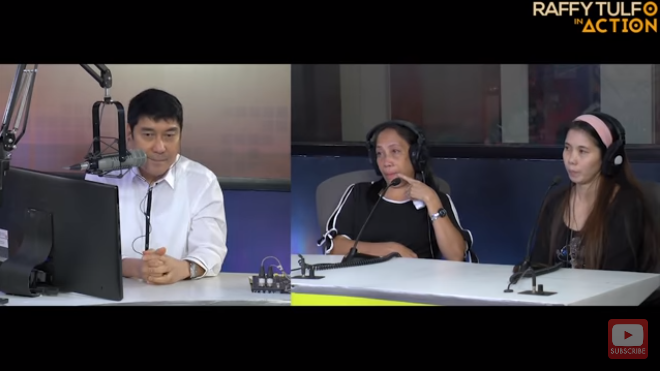 Despite the plea made by his mother, however, Argee seems to have made up his mind. He knows that breaking his contract would have a huge negative impact on his career; however, Nanay Engelina and Nenia feel that a poor but complete family is still better than a rich but incomplete one.

Argee asked forgiveness from his mother for finding a mistress and dragging her into this problem but he refused to listen to her pleas. So, Raffy warned him that he should follow his mother or else he would intervene and make sure his contract is terminated. Raffy also reminded him that taking a mistress is punishable by law in Dubai.