Philippine Ambassador to Saudi Arabia Adnan Alonto announced the recent release of the 19 Filipinas held after a Halloween party raid held at a private resort in Riyadh.

Last Saturday, the Saudi General Directorate for Public Security confirmed that the party organizers were held for collecting entrance fee without a license. They were also charged for “disturbing residents, order violations from some attendees, and striking fear in residents by using masks, strange clothes, and firecrackers.”

The raid was done after the police received several complaints regarding the loud noise from the party venue as well as the appearance of many people in scary costumes. 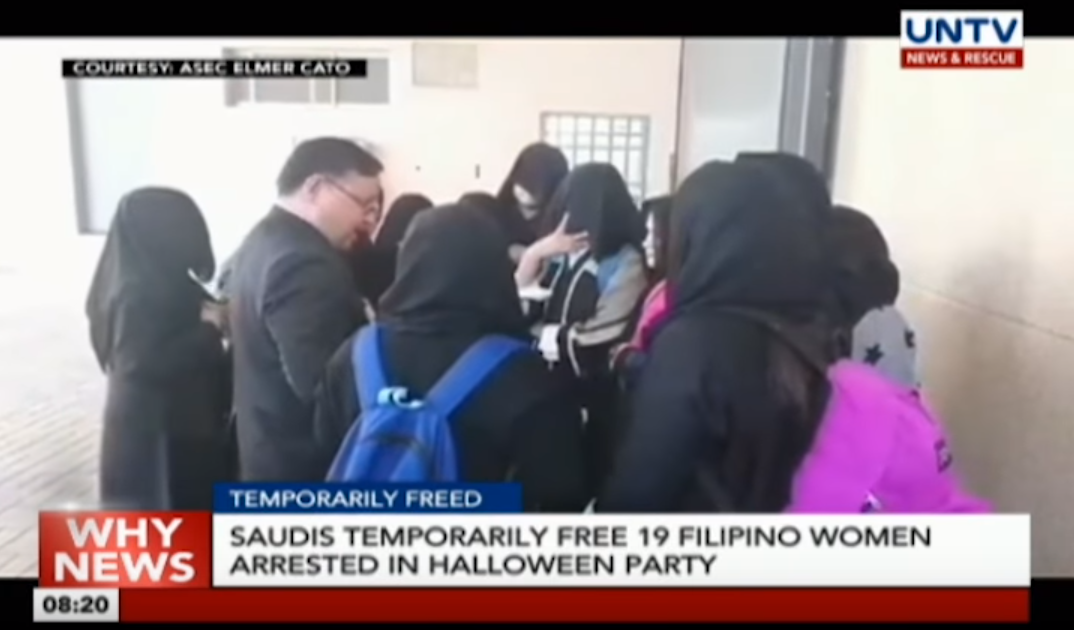 In the ultra-conservative Muslim country, many events and occasions regularly celebrated in other countries are forbidden; though a lot of foreigners and even some Saudis actually observe the occasion in private.

But the Halloween party at al-Thumama district had gotten out of hand, with the music being louder than usual and the attendees were having so much fun they forgot that this was against the law.

Acting on several complaints from neighbors, police raided the party. This resulted to a number of people getting detained, including 19 Filipinas. 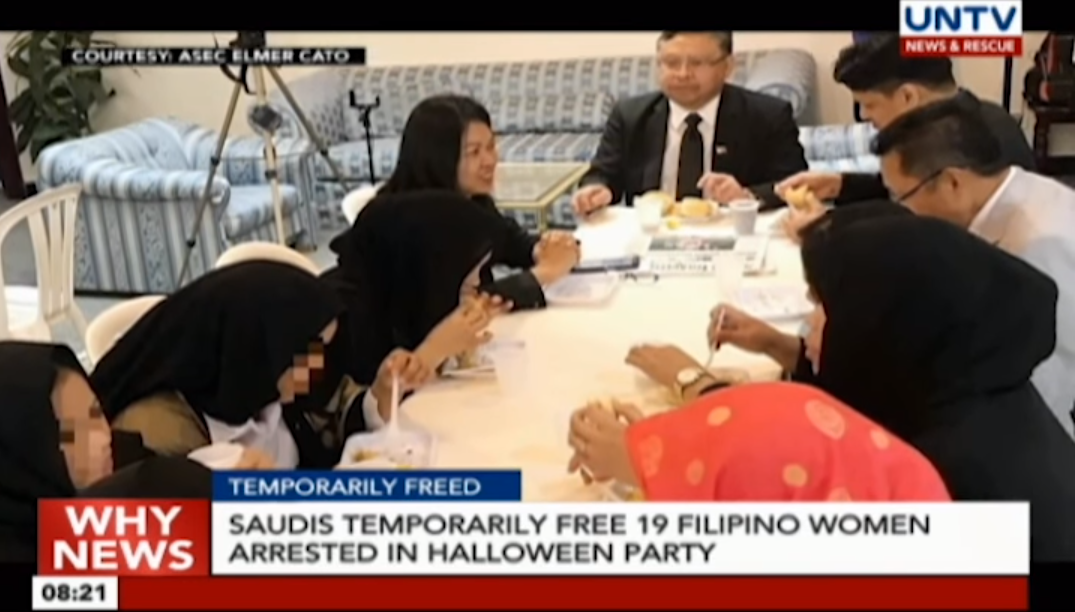 The OFWs were first reported to have been part of the festivities but Consul General for the Philippines in Saudi Arabia quelled the rumors, announcing that the Filipinas held by the police had not been in costume but were hired as cleaners by the organizers.

While the Pinays could not be directly charged for attending the party, now that it was confirmed they were not participating as they were not in costume, they could still face charges over labor violations because part-time jobs are not allowed in Saudi.

The ambassador confirmed the release of all the Pinays held in connection with the Halloween party. Their employers have also agreed to take them back; though it is still possible that they could face charges for their actions.