Home
News
Tired OFW Opens Up about Hardships, Shares Experience as She Sleeps on Kitchen Floor to Rest

For many, “Overseas Filipino worker” and “OFW” sound like amazing words that are synonymous to lots of money, lots of fun trips and vacations, and a wonderful chance to enjoy a life outside the Philippines. And while that can be true for many, it’s not always the case for all aspiring OFWs. Many actually live difficult lives and have to sacrifice a lot just to provide their families with a better income.

“Abroad pa more!” Castroverde constantly jokes to herself everytime she feels tired in her job as domestic helper. This gives her strength and makes her focus on her goal rather than take pity on herself.

The domestic helper candidly shared a photo of herself sleeping on the floor of her employer’s kitchen because she was too tired after a long day of working but can’t go to bed yet because her employers have a visitor. But while she can’t go to her room yet, this wise OFW decided to take a rest on the floor for a while. 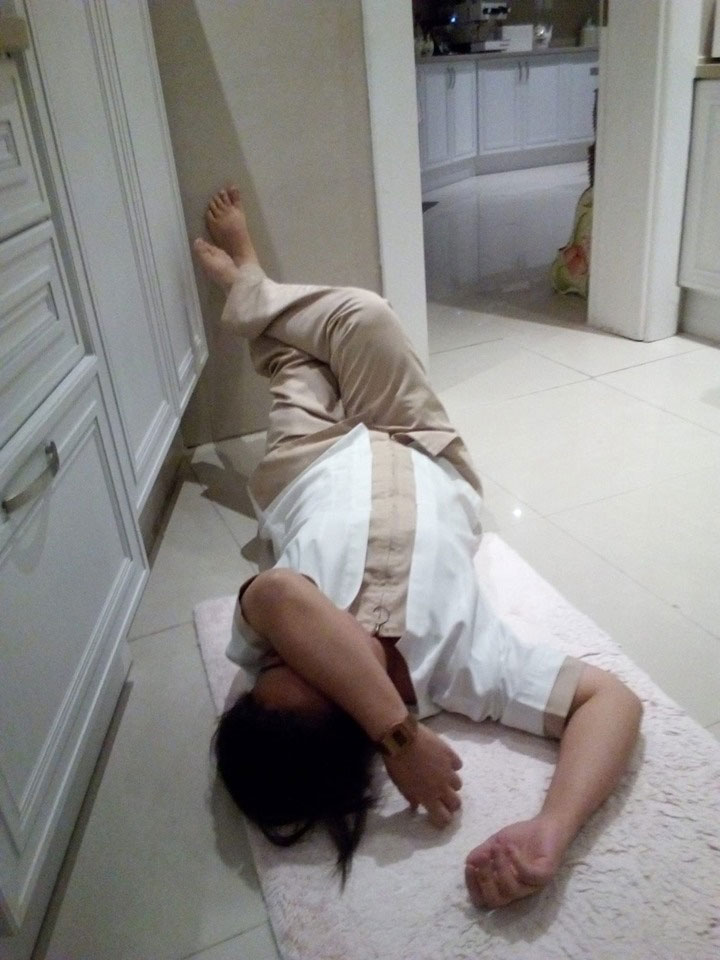 Too tired to care that she’s on the kitchen floor, this domestic helper even used the carpet-like kitchen rug as her makeshift mat so that her back won’t be too cold.

What makes this domestic helper go viral is that she was not really complaining about her situation; though it was clear that she was tired and needed rest. Instead of complaining, she just found a way to rest. Of course, the situation is sad and she should have been allowed to rest in her bedroom but this is a reality that many OFWs face.

In fact, there are actually OFWs who don’t have their own bedrooms and actually sleep on the kitchen floor on a daily basis. As sad as the situation looks, Castroverde is still lucky that she only gets to sleep in the kitchen once in a while (and at her own volition) because her employers still provided her with a room.