That’s how netizen Jennifer S Castro described a loyal dog that she spotted curled up and sleeping with its owner, a street kid.

They say that home is where the heart is – and sometimes, that home is in the arms of someone you love, even if you don’t even have a roof over your head!

That’s exactly what netizens are saying after seeing the photo of a street kid sleeping with a loyal dog curled up on her chest.

While the original uploader Jennifer S Castro joked about the dog being more loyal than a boyfriend, girlfriend, spouse, family, or relative, the touching photo also broke so many netizens’ hearts.

According to her post on Facebook, Castro had seen these pair sleeping at a footbridge in Rotonda Pasay. She was touched by the post, so she decided to take a photo to paste on her social media account. 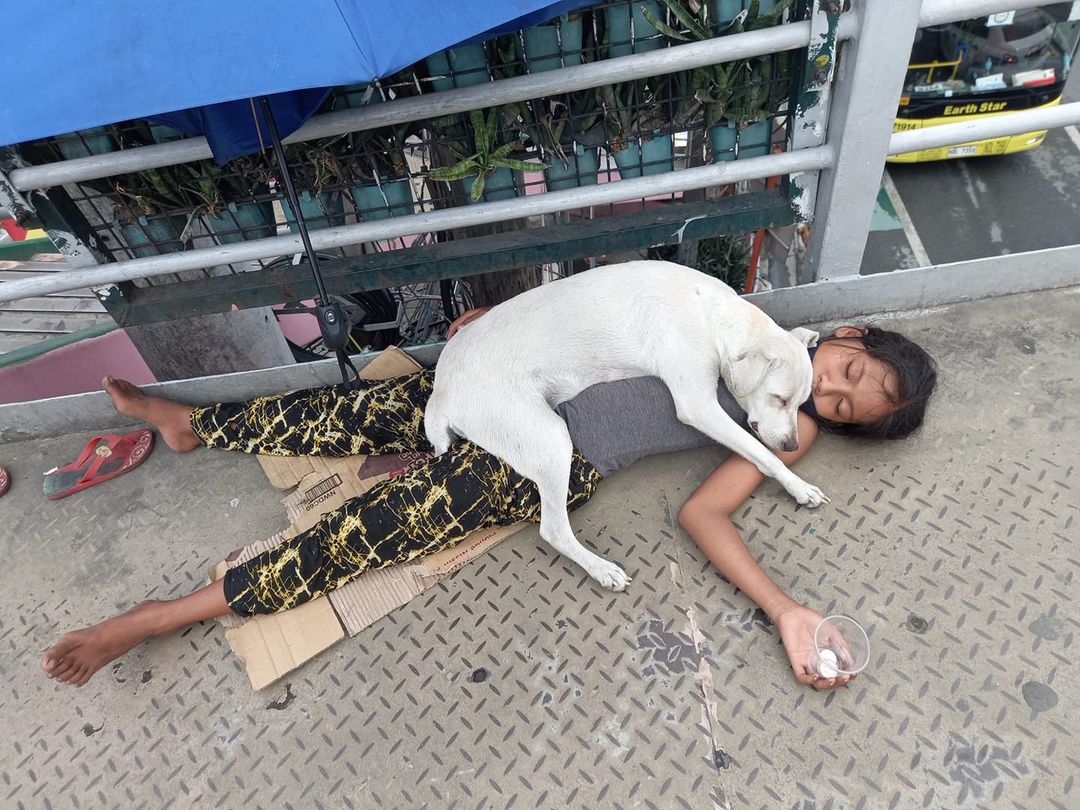 Many netizens were impressed that the dog looks so clean and healthy despite its owner being a street kid. They think that the child feeds the dog a good portion of her food, even if she doesn’t have much.

Some netizens were concerned that the dog could fall off the footbridge because of its position beside the railing.

Though some netizens slammed her for taking the picture and posting it to receive likes, Castro had good intentions. She hoped that her post would reach other kind-hearted people who might help this kid and the loyal dog.

She wrote on her post that she’s even willing to accompany anybody who wants to help the kid, so that they don’t even have to send donations through her.

Other netizens commented that they’ve also seen this kid and her dog – and they would sometimes give them food.

A footbridge is a bridge that’s designed only for use by pedestrians. It can be narrow and made from light materials like bamboo or wood. But it can also be concrete and used in big cities to provide a safe place for pedestrians to cross busy motorways.