In order to prevent the new COVID-19 strain from entering the country, authorities implemented a policy that bans travelers from the United Kingdom and 20 other countries. However, the Department of Labor and Employment Secretary Silvestre Bello III said that overseas Filipino workers (OFWs) are not covered by such a travel ban.

Bello said that though the Inter-Agency Task Force (IATF) against COVID-19 has recommended a total ban on travelers from the 21 affected countries, President Rodrigo Duterte allowed special consideration to OFWs who are planning to spend the holiday season with their families in the country.

OFWs have contributed a total of P1.6 trillion to the national economy. 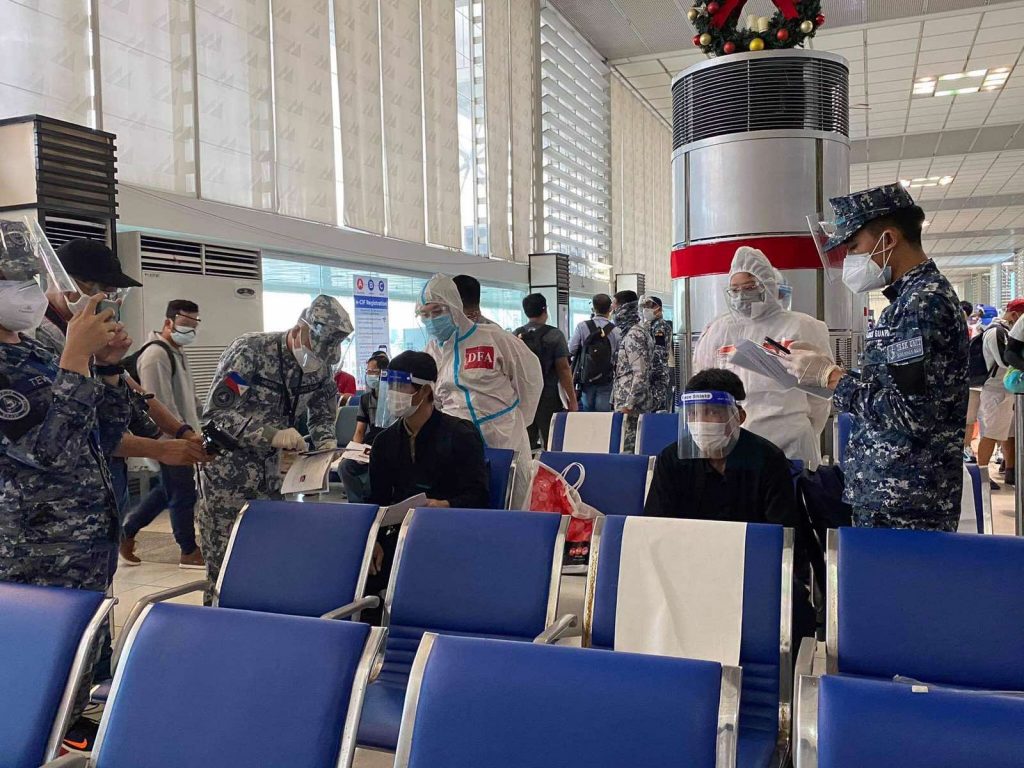 Image: Facebook/Department of Labor and Employment

In a virtual press briefing, Bello said that the President wants the OFWs to go home to their families.

“That’s the decision of the President. He was very firm in deciding that the restrictions will only apply to other travelers. He exempted our OFWs,” he further said.

“We all know that they [OFWs] were only forced to work abroad in order to provide their families and the nation a better future. We call them our modern-day heroes because the truth is our OFWs have contributed as of 2019, P1.6 trillion to our national economy. I think it’s only right that they are given special consideration during this time of the pandemic,” Bello explained.

Though they are exempted from the travel ban, OFWs who arrived in the country must still undergo 14 days of quarantine in government facilities.

“Even if they had swab test and found to be negative from the virus, they are still required to be quarantined for 14 days,” Bello said.

Furthermore, the quarantine is still a requirement for OFWs who already took shots of the new anti-COVID 19 vaccines.