Home
News
“You are just a helper!”, “Go back to the Philippines!” – A Chinese Woman Degrades An OFW In HK For Bringing Dogs To A Dog Park

A number of instances where an OFW is being maltreated by their own bosses have come to our attention and with all those cases, we couldn’t help but get mad at the boss for treating our fellow Filipinos that way.

It is always said that when a Filipino leaves the country, it is always a matter of luck. Sometimes, they get a nice boss and sometimes they encounter mean ones.

However, the OFW in Hong Kong in a video shared by a concerned citizen, an OFW is being pointed at, cursed and screamed at by a person that’s not even her boss.

The video started with the woman hysterically shouting at an OFW who was out in the dog park with a baby and 2 dogs.

It appears that the Chinese woman was angry at the helper and asking her why she brought a baby and two dogs. 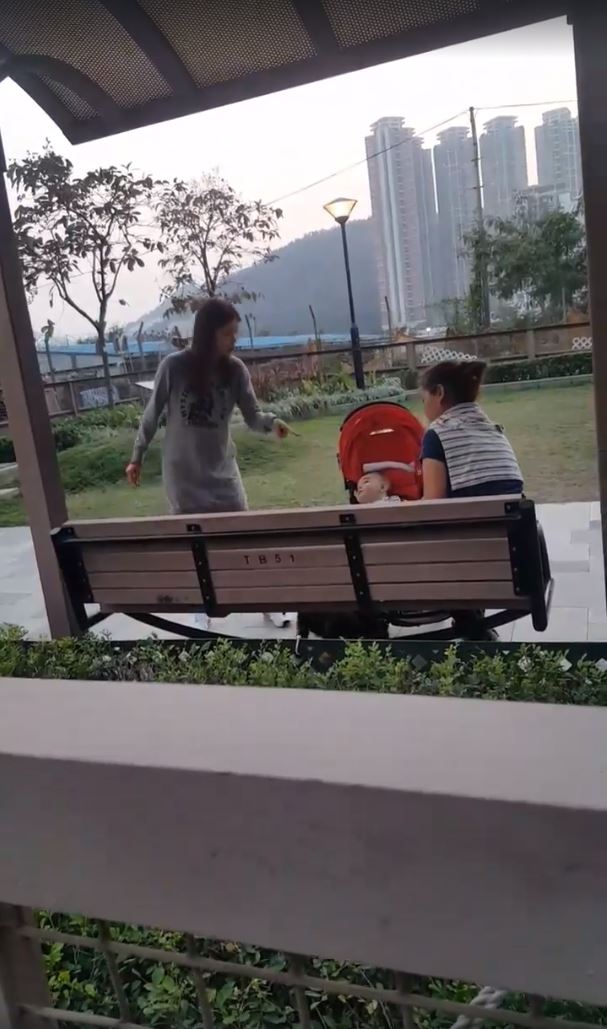 And as we understand it, through the caption of the person who posted the video, they were in a dog park, so how has this Chinese woman not anticipate that there will be dogs who are barking.

“You are just a helper!”

At one point, the Chinese woman screamed at the OFW to call her boss and ask them to come to the park. To which the OFW obliged.

Unfortunately, while the OFW was talking to her boss and telling them about what is happening, the Chinese woman keeps on shouting.

She kept on shouting derogatory remarks that should not be said to anyone at all. The baby was crying and was obviously affected by all the shouting but the woman went on. 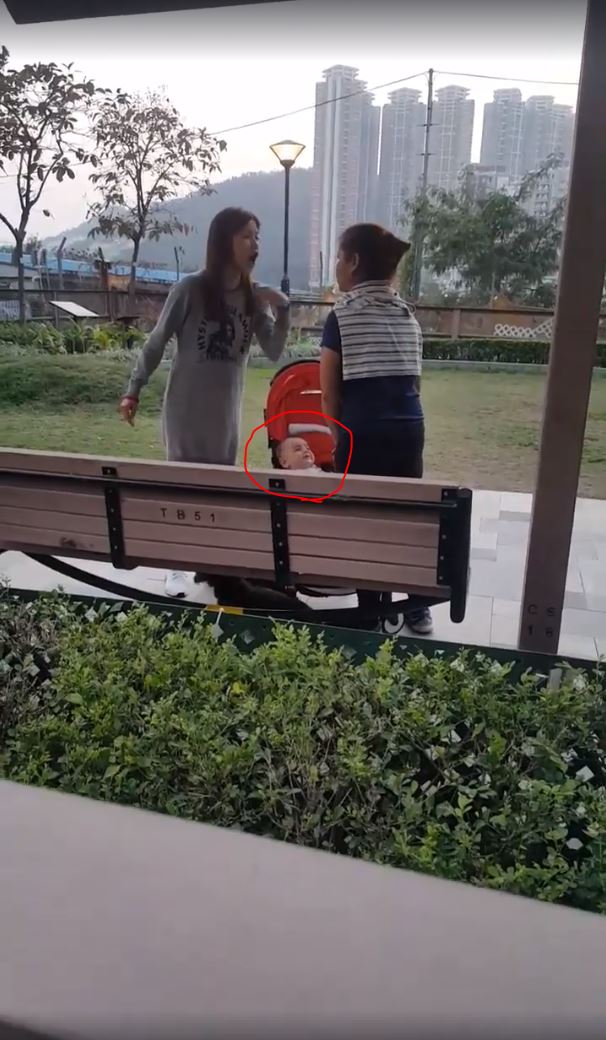 “You are just a helper!”

“You should go back to the Philippines!”

“You have a bad attitude!”

Not the first time

It can be heard from the conversation of the OFW with her boss that this was not the first time that this Chinese lady did this. 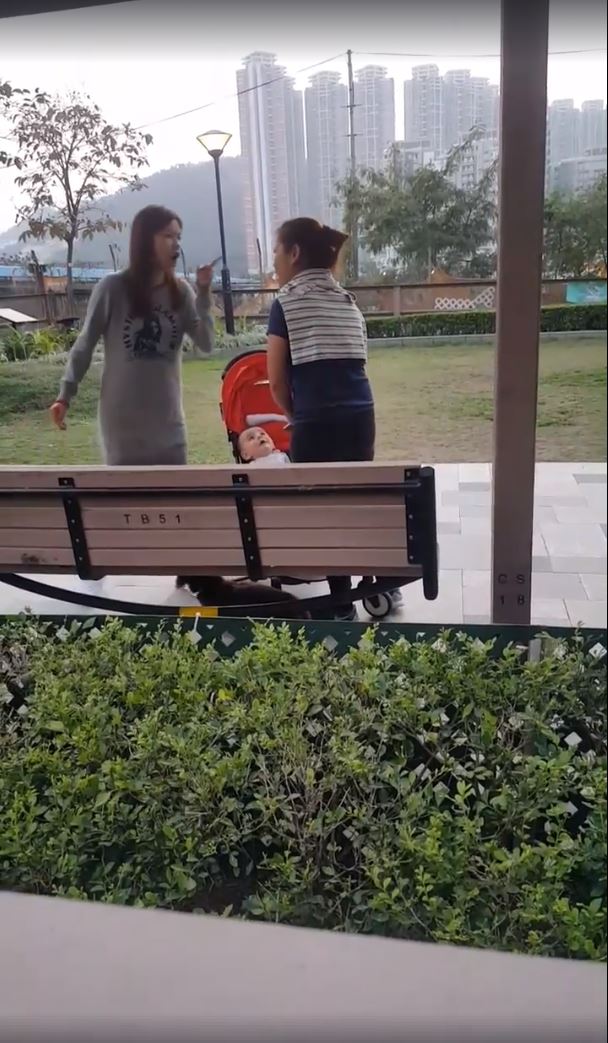 The OFW can be heard saying “You know, the one I was telling you about?”

That means that this woman has been harassing our fellow Filipina and degrading her. Good thing a concerned citizen took a video, we hope that proper actions will be taken against this woman.

Watch the video on the annoying Chinese woman here: