There could be as many 13.5 million Overseas Filipino Workers (OFWs) all over the world, working on a wide range of jobs – from menial jobs as domestic helpers or janitors to high-profile ones such as CEOs of multinational companies.

Many of these OFWs are living with their families living in the country where they are working but most have to leave their loved ones in the Philippines. Most OFWs regularly send remittances to their country, allowing their families to enjoy a better life and also adding to the country’s dollar reserve. 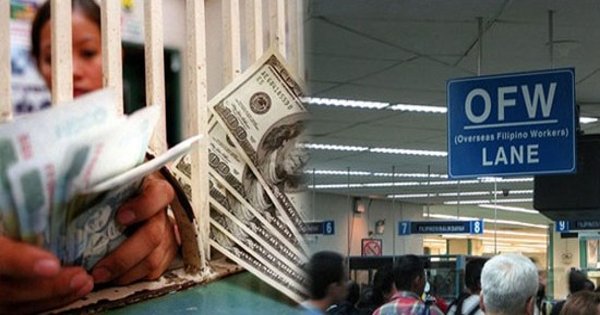 Western Union is clearly a household name among OFWs, with this popular remittance center readily available in most countries of the world. What’s great about this option is that there are as many 8,100 agents across the Philippines, allowing for the recipients to conveniently pick up the money within minutes from where they live. The center even allows remittances to be picked up in dollars or pesos.

MoneyGram is also among the popular choices for  OFWs, with remittances coursed through many different agents, including banks like BDO and Allied Bank or local remittance centers such as KwartaGram and Cebuana Lhuillier. Depending on agent hours of operation and public holidays, it is even possible for recipients to receive the money within 10 minutes from posting at the remittance center.

With as many as 13,504 pickup locations across the Philippines, Xoom is certainly among the best options for remittance centers. The money can be received in either dollars or pesos, with the amount readily available as soon as posted at the remittance center. The recipient does not need to have a bank account but can get the money from agents like Cebuana Lhuillier, M Lhuillier, BDO, Metrobank, and BayadCenter.

A remittance center owned and managed by BPI (Bank of the Philippine Islands), this is a popular choice especially among those working in Hong Kong and the US where many branches available.

A wholly owned subsidiary of Metrobank, many OFWs trust the company especially because the bank is also among the trusted and biggest banks in the country. Its first remittance office was in Canada, opening in 2006.

PNB has as many as 80 overseas offices and branches across the world, including several in Hong Kong, the Kingdom of Saudi Arabia, Canada, United Arab Emirates, and North America. Recipients receive the remittance via their own bank accounts but these require no maintaining balance so that they don’t have to incur extra fees if all the money is withdrawn from the account. OFWs can remit in a variety of options, including 7 Eleven Outlets in Hong Kong, post offices in some countries, correspondent banks, or PNB branches.

A popular choice in Saudi Arabia, OFWs just have to visit any of the NCB branches or ATMs across the Kingdom to send the money. The remittance may be sent via door-to-door delivery, cash pick-up, SMART Money, or direct bank transfers which can be credited in as fast as 24 to 48 hours, depending on the bank.

A subsidiary of another trusted local bank, this remittance center has plenty of branches, tie ups, and offices across Europe, North America, the Middle East, and Asia Pacific. This remittance center also offers versatile options for recipients to receive the money, including via door-to-door, pick up at RCBC branches or accredited retail store chain and pawnshops, or direct deposits to bank accounts.

With offices and branches across Asia, North America, Europe and Middle East, BDO Remit is also among the top remittance centers for OFWs. Aside from having its own remittance offices, the bank also partners with money transfer services such as Xoom, Xpress Money, Uniteller, and MoneyGram. The bank also offers an expansive network of remittance partners for added convenience to OFWs and their loved ones. Recipients can use their BDO Remit Cash Card to withdraw from more than 11,000 ATMs across the Philippines or even use the card for cashless shopping any of more than 10,000 stores with point of sale (POS) terminals across the country.