When first announced, identification cards (ID) for overseas Filipino workers (OFW) were met with enthusiasm. For the first time in history, OFWs can have a supposedly free ID they can use for various purposes, including faster, better services from relevant government agencies.

But while the IDs were announced to be free of charge, only the first few applicants got these for free. The others had to pay a whopping Php720 fee!

The Department of Labor and Employment (DOLE) denied charging for the IDs, however. According to ACT-OFW Rep. Aniceto John Bertiz III, he received reports from a lot of OFWs that they were charged Php720. He slammed the agency for wrongfully using the system he donated for iDOLE enforcement by charging the fees. 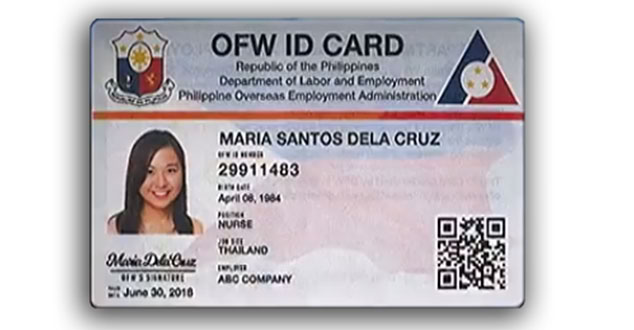 Labor and Employment Secretary Silvestre H. Bello III denied the accusation, saying none of the 50 OFWs who received their IDs since the distribution started in April were made to pay a single cent.

Amid the controversy, Bello said they are already planning on making a new ID system that will be used by OFWs.

“I told admin Cacdac he should hopefully come up with a recommendation before the SONA (State of the Nation Address),” he said, referring to Overseas Workers Welfare Administration (OWWA) Administrator Hans Cacdac. 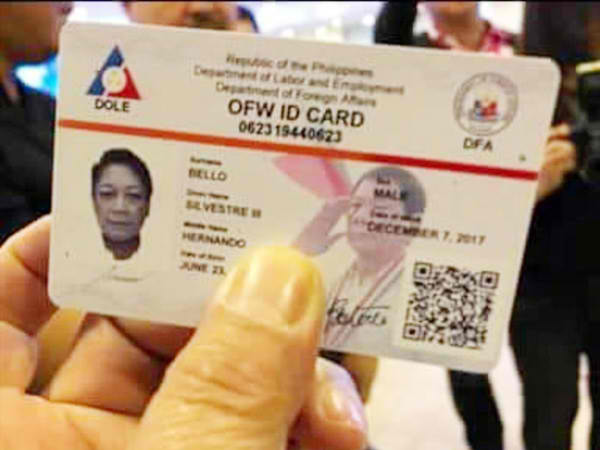 Bello also added that even if the government will fully implement the national ID system, they still plan on continuing the OFW ID as this would have a separate function as the national ID.

With the improved system, DOLE is hopeful that the iDOLE cards will eventually replace overseas employment certificates (OEC). The cards might also be used in the future as temporary passport in case the OFW loses the passport. This ID will be connected to a database that will allow OFWs to access their data and records across multiple government agencies.