Filipinos take pride in their work. They work hard and are reliable and responsible. Other countries recognize the excellence of Filipino workers and they are valued employees.

While some overseas Filipino workers are applauded and honored, there are still those who receive bad treatments from their employers. Stories of OFW maltreatment abound but only a few of them reach the Philippine shores. Some stories are kept hidden inside the homes or offices where the OFW is employed. And just like the others, they also need help.

A video of alleged maltreatment of an OFW was uploaded to a Facebook page, The Viral King. In the said clip, the OFW was seen inside her room when her male employer knocked hard on the door.

She opened the door and the male employer went inside her room, pacing around it.  With the employer came two female companions. He was angry and kept asking the Pinay OFW about her mobile phone.

While one of the females was shouting at the OFW, the other female and the male employer was looking around the room, probably looking for the mobile phone. 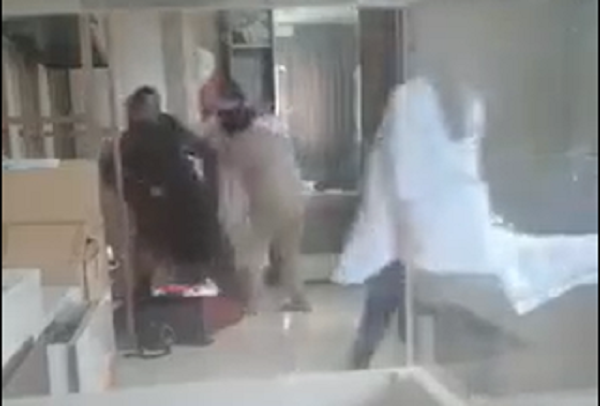 The male employer talked to the OFW once more. While he was still shouting at the OFW, he punched her into her chest, pulled her towards him, grabbed her hair, and pushed her down. When he let go of her head, he kicked him in the face. At this point, the OFW was already crying loudly. One of the females tried to stop and pacify the male employer.