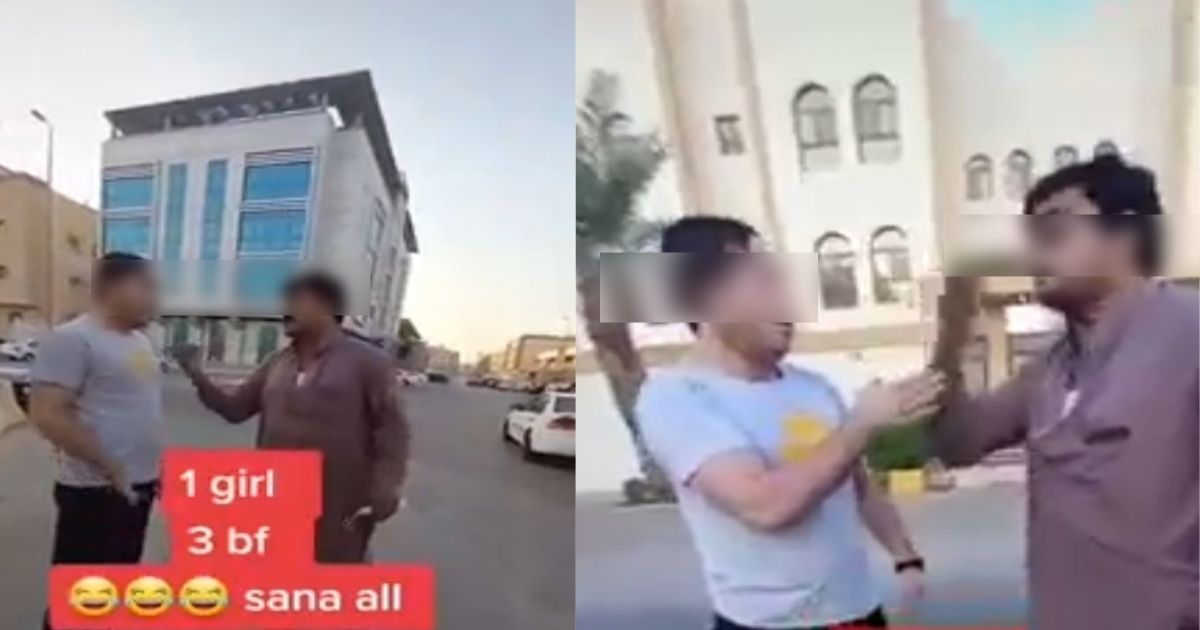 Working in a foreign country can make us feel lonely at times. This is one of the reasons why some OFWs who are married or in a relationship in the Philippines end up having an affair while still working abroad. And since Filipinos are known to be particularly sensitive and outspoken when it comes to the subject of infidelity, it was no surprise that a video of a Filipina allegedly having three boyfriends went viral.

Many netizens have been intrigued by a video showing a Filipina getting caught in the middle of a fight between her alleged three boyfriends. According to Expat Readers, three men got into an argument after discovering they were all dating the same Filipina. There were shouting and finger-pointing until one man could no longer hold his emotions and hit the other man. Other OFWs tried to end the scuffle and called out the Filipina for what she has done. Amid the commotion, the Filipina escaped the altercation by riding a taxi and leaving them all behind. Some details of the video remain unclear. However, it was obvious that the incident took place in a Muslim country or in the Middle East, known to implement strict laws on relationships.

The same video was shared on Facebook, and a warning was posted to tell all OFWs to be cautious when it comes to dating and to stay away from illicit relationships. It went on to say that such a commotion leaves a bad taste in the mouths of all OFWs who are diligently working abroad.

You can watch the video via OFW Join Force’s Facebook page: