It is the ultimate dream of every overseas Filipino worker (OFW) to go home for good so they can spend time with their families, while also enjoying the fruits of their labor. But it is also a sad reality that many of them don’t get to fulfill that dream for various reasons.

That’s why it is always inspiring to hear stories of OFWs who actually fulfill this dream! Just like Hector Daclan who previously worked abroad but is now the owner and manager of a successful laundry shop in Cebu.

According to a feature article on Hong Kong News, Daclan always had dreams of becoming an entrepreneur. He had his eyes set on owning and operating a laundry business but did not have enough capital to start working on that dream. So, he decided to put the dream on hold, choosing to go abroad in hopes that he could gather enough capital to start the business.

For 10 years, Daclan worked as construction worker in many countries in Asia and the Middle East. Then, in 2004, using the money he saved in the years he worked abroad, he opened ‘Jubilee’ in Barangay Talamban in Cebu City. It is a laundry shop named after his eldest daughter. 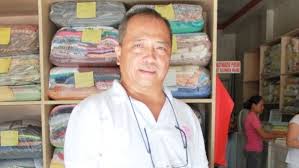 He faced many struggles while he was starting out, but with the support of his wife Maria Eva and his determination to fulfill his dreams, Daclan tried his best to make it work. He attended seminars and trainings conducted by many agencies, including the Overseas Workers Welfare Administration (OWWA).

By 2011, Daclan was able to fully pay his first loan – and got another loan worth Php500k from OWWA’s P2-B OFW Reintegration Program Fund to open another branch. The third one was built at his hometown in Mandaue City, Cebu.

Then, he opened a fourth branch at Gun-ob, Lapu-Lapu City. While he is to be credited for growing his business, Daclan is thankful for the help he received.

“I owe my gratitude to OWWA, and I hope it will continue to provide training for OFWs, especially to those who want to engage in business and productively reintegrate in our country,” Daclan said.

OWWA is the government agency tasked to protect the interest of OFWs and their families. With that mandate, the agency helps OFWs find employment opportunities, settle legal matters, or help them develop skills that could help them become better with their jobs or start their own business.