An Emirati guy went viral after Filipinos learned that he loves to sing Filipino songs on the karaoke!

But though he looks like any other Emirati guy, Fahed Alblooshi is not just Filipino at heart, he is actually a half-Filipino in reality. The half Emirati, half Filipino Fahed was born to an Emirati dad who hails from Abu Dhabi and a Pinay mom who hails from Pangasinan, Philippines. 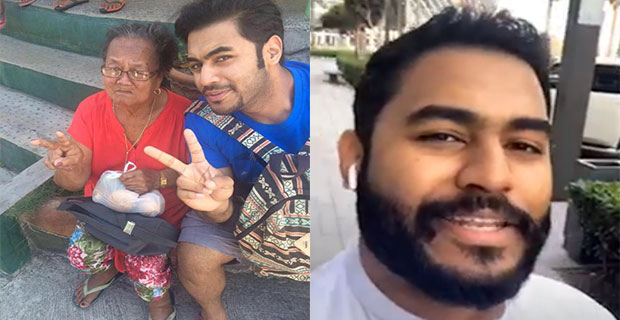 “I’m happily married and we have a son whom we named Nahyan. Oftentimes, friends call me ‘bu Nahyan’ which means ‘father of Nahyan’,” Fahed introduced himself.

Fahed told the Khaleej Times that his mother used to work in Capital. When his father caught sight of his mother, he began to frequently hang out at her workplace to win her heart – and he eventually did. The two got married.

Because Fahed’s mother is Christian, she converted to Islam and became a Muslim just before getting married to Fahed’s father. Though he was only able to visit the Philippines twice, Fahed learned how to speak Filipino from his mother and through Filipino songs on the karaoke. 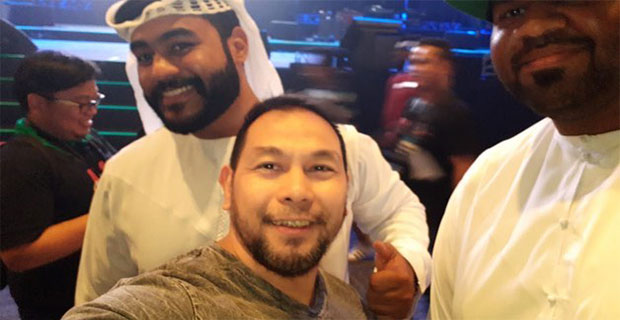 While he looks so much like any other Emirati guy, he loves karaoke just like all Pinoys!

“When I was a kid, I had a karaoke box that I used to sing Filipino songs such as Bakit Pa by Jessa Zaragoza. It even came to a point when I highlighted the number in the songbook so I don’t forget it. It’s my go-to song,” Fahed explained.

“Whenever my mom brought her friends over, I would perform for them.” 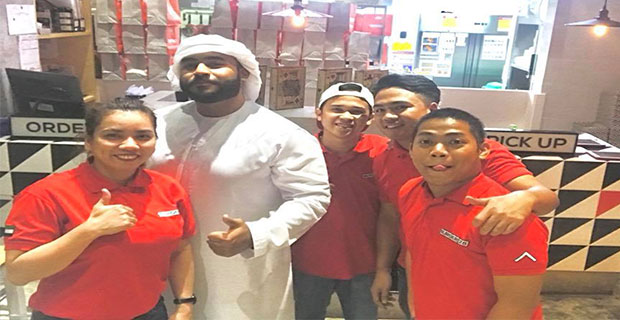 Because he really enjoys singing Filipino songs, Fahed joked that he would release a Filipino album soon – and it would include ‘Buwan’. LOL.