It is rare for a foreign national to be part of a country’s law enforcement force – and that is especially true in strict countries like those you find in the Middle East.

The United States of America (USA) and Canada, for instance, allow naturalized citizens to be part of its military and police forces. That’s why you might know a number of Filipinos who might be working in the US army or police.

Cerna is 100% Filipino, as Filipinos are wont to say.

He was born in Zamboanga City, Philippines, on March 30, 1972. He spent his childhood days and youth in the Philippines, graduating from the course of Business Management from the Mindanao Sulu State College.

The Department of Foreign Affairs (DFA) would later confirm that Cerna “writes, reads, and speaks fluent Arabic” – and that made him a good police officer in the UAE.

Cerna’s journey in the UAE began just like everyone else. He worked as salesperson for a European furniture company before becoming a travel manager. 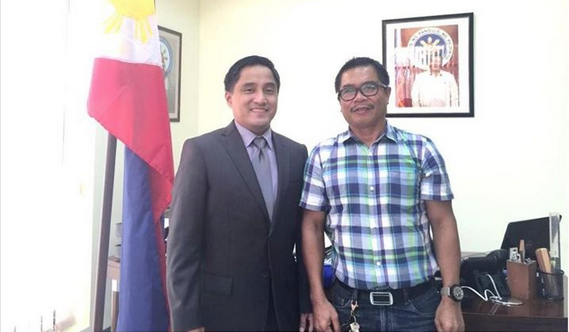 But Cerna wanted to become a police officer; though this was nearly an impossibility in the UAE for a Filipino to even consider. Yet he did not let that thinking stop him from reaching for his dreams.

Through Dra. Maria Jade Catalan Opulencia, Cerna met a certain Atty. Barney at the Consulate in Dubai. This Atty. Barney would, then, introduce him to Consul General Paul Raymund Cortes who interviewed him for the job – and got him hired!