A typical motorcycle weighs anywhere from 80 to 100 kg, depending on the style or make. But that weight looked like nothing for one guy who was videotaped carrying a motorcycle with one arm while disembarking from a boat!

While some people struggle with putting a scooter-type motorcycle on the center stand because of its weight, there’s this guy who made the vehicle look like it was just a small duffel bag.

In a post on social media, someone took a video of the impressive feat as this unknown guy carried that heavy thing down the gangplank of a boat. 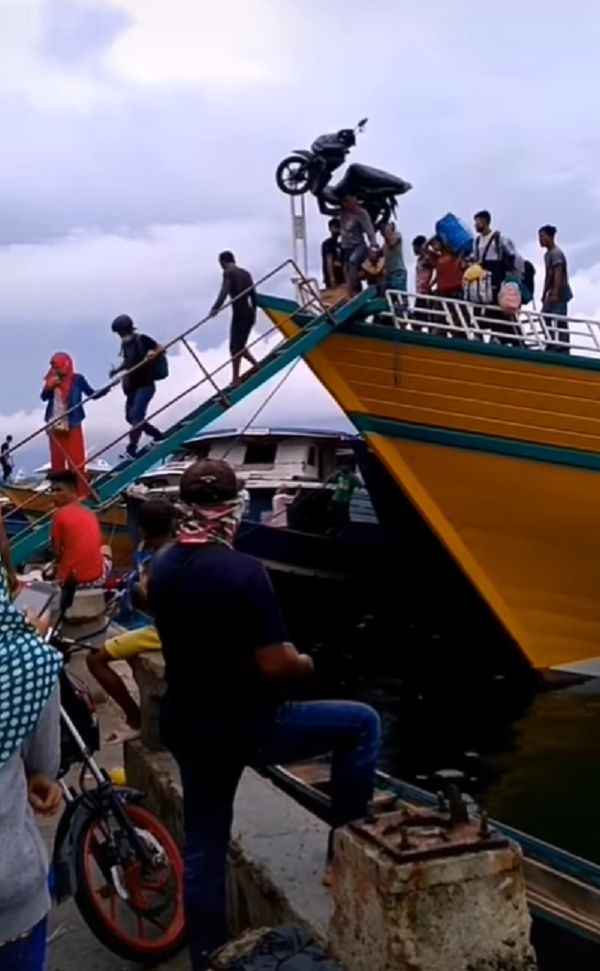 It wasn’t clear whether this guy is the owner of the motorcycle or a porter. But one thing is for sure: he’s super strong!

With just one arm, he lifted the motorcycle and didn’t ask for assistance as he walked down the sloping gangplank. One guy hurried after him, trying to hold the end part of the motorcycle, but it was clear that the guy with the super strength didn’t really need his assistance. 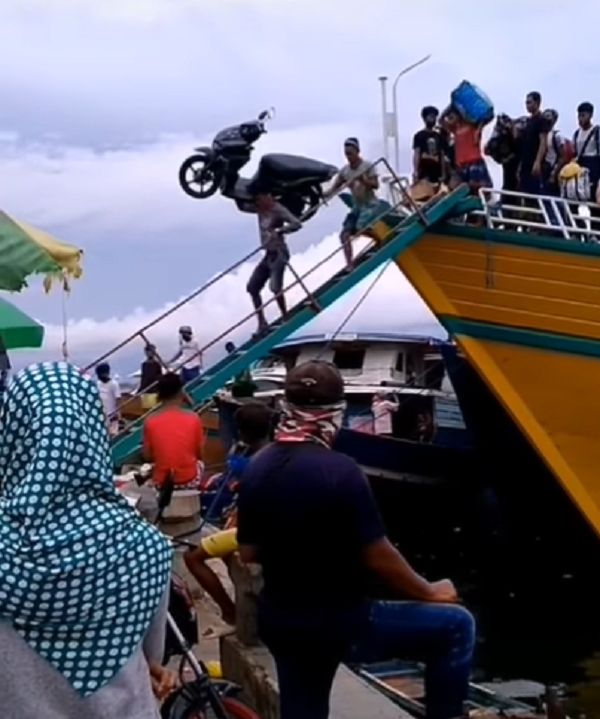 If you’ve ever ridden a boat with this kind of gangplank, you probably know how difficult it can be to walk down from it if you are carrying something, even if it’s not heavy. Yet this guy managed to keep his balance as he walked down like a boss. Impressive, isn’t he?

Watch the video and prepare to be amazed by this guy:

There are many different types of motorcycles that you can choose to buy. One of these is a scooter-type motorcycle, known in many places simply as a “scooter”. But this is different from the “scooter” with small wheels that doesn’t have a motor but is propelled using your feet.

The scooter-type motorcycle can have an engine similar to a regular motorcycle but instead of the usual footrest at the sides, it typically has a footrest that’s flush along the bike’s body with a platform in front.

You can put for feet on the sides or in front because the scooter has an automatic engine that doesn’t require you to change gears with your feet.