The sad reality in this urban jungle is that a lot of domestic helpers are being forced to clean exterior glass windows, despite the fact that the apartments are high up in the sky and the workers don’t even have safety equipment such as a harness to keep them from falling to the ground.

A simple mistake could lead them plunging to the ground, hundreds of feet below!

In 2016, following the demise of several domestic workers who fell the ground while cleaning exterior windows, Hong Kong’s Labor Department announced new rules that are included in the contract. Domestic helpers should not clean exterior windows while standing outside. Under the new guidelines, no part of the worker’s body should be outside the window, except the arms. 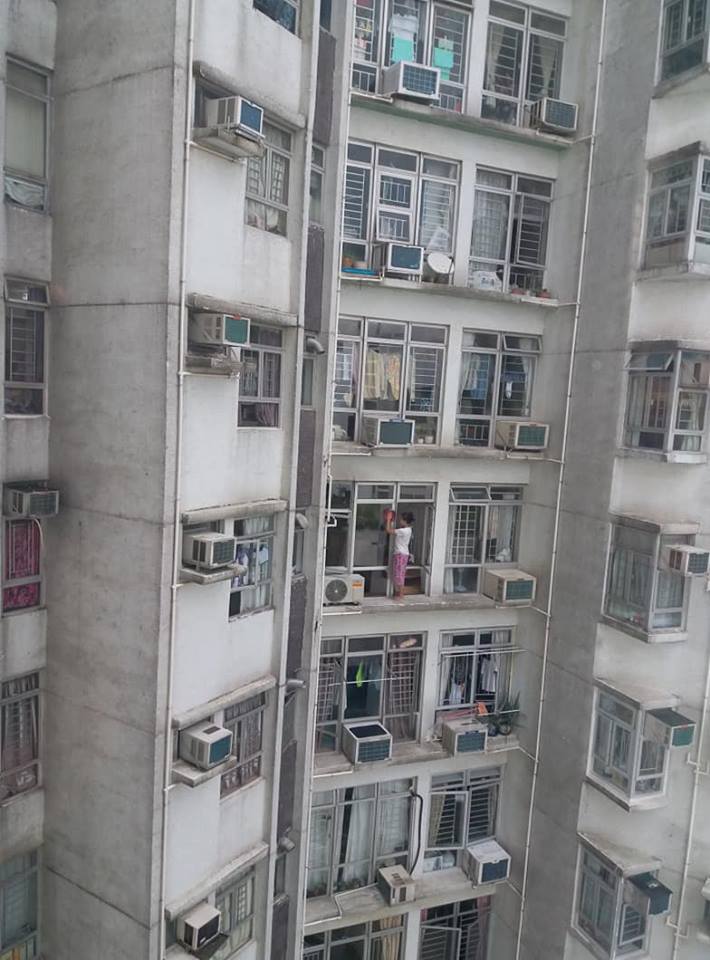 Sadly, many strict employers want their windows to be clear and clean; they make their domestic helpers do everything they can to ensure they have spotless windows yet do not provide them safety equipment. The Labor Department might have issued a rule against this yet implementation of this law is not really strict.

Filipina domestic helper Rochen Monte recently shared a photo of another worker from an apartment across where she works in Kornhill Gardens, Quarry Bay.

“My conscience can’t take it anymore. I see her every morning cleaning (the window), even if the weather is bad,” she told reporters after the post went viral.

“Even if it had just rained, she still cleans that window. I wanted long ago to take a video or picture of her but I was afraid. This morning, my conscience could not take it anymore.”

Although she often sees the domestic helper across her apartment, Rochen admits she is unsure if the woman was a Filipino or Indonesian. Still, it does not matter what her nationality might be; what’s important is that her employer is told that she should not be cleaning the 24th-floor windows while standing on that ledge, with no safety harness! 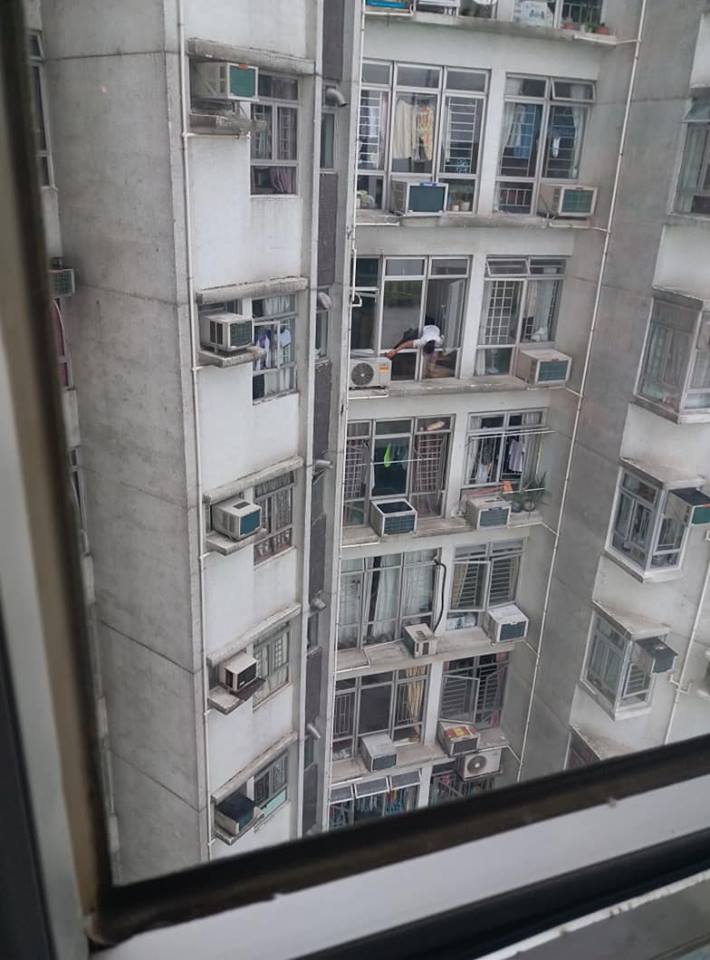 Thankfully, the post went viral and reached the authorities.

A spokesperson for the Labor Department said, “If an employer requests an FDH [foreign domestic worker] to clean outward-facing windows in breach of the SEC, the FDH can refuse such request. The FDH can seek assistance from the Labor Relations Division of the LD, where free conciliation would be provided to resolve their labor disputes.”