In her testimony in court, Pinay domestic helper Agnes Cocjin claimed that she was just cleaning the house and taking out the trash to the common trash bin just outside the backdoor on November 7 last year. She noticed a tissue paper with something shiny inside. She picked up the tissue paper and found a pair of earrings.

Not knowing if the earrings were real, she put these in her pocket and later brought the jewelry to a pawnshop on November 14. She was told that she could pawn the items for S$3,000 (Php112,200). Agnes accepted the offer but claimed that she later planned on retrieving the items when she received her salary the next month.

Ms. Liu, her employer, discovered the loss of her earrings after checking her jewelry box during the trip. Because another maid, Melanie, had helped her pack her belongings on the eve of her trip, she thought that it was the other girl who got the jewelry. Because the earrings could not be found in the house, Ms. Liu dismissed Melanie from service on November 27. While she had no proof that Melanie got the earrings, it was the maid who helped her pack; thus, Ms. Liu said she should be responsible for the loss. 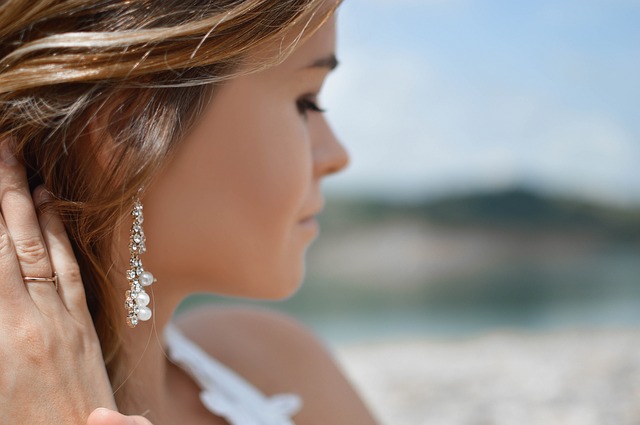 She did not think at all that Agnes would do it because she had always been honest and didn’t even get money from the cash that’s just on the table, Ms. Liu said in her defense.

Days later, Agnes told Ms. Liu that she found the earrings at the common rubbish bin outside the house. She thought that it was their neighbor’s Indonesian maid who might have accidentally thrown the jewelry in the bin; thus, she did not immediately tell Ms. Liu or Melanie about finding it. She claimed that she was confused.

Ms. Liu had no choice but to call the cops. Defense lawyers said the prosecution could not prove that Agnes got the diamond earrings from her employer’s possession and that this might just be an ‘opportunity’ case.

Magistrate Vivian Ho wrapped up the trial on December 9 but reserves the verdict until December 30.

A diamond is a solid form of the elemental carbon that formed out of pressure. This is a valuable gem and is one of the most sought-after gemstones despite the price.