Remember when dance pads were so popular back in the 90s? A lot of people had a good time with those machines that even to this day, the dance pads can still be found at mall arcades; though the displays now are certainly more high-tech than the ones offered decades ago.

But while dance pads are mostly used by kids to have fun, did you know that there’s a guy who actually used this fun game to lose weight quite effectively? Thanks to this arcade game, he went from obese to fit and healthy in just a matter of months!

Roberto Redoble, 29, lives in San Diego, California. He admits to being quite obese as a kid. At age 9, he already weighed 165 lbs (74 kg). The excess weight didn’t make him happy at all, especially because he experienced much bullying because he was obese. But the young lad had trouble losing weight. 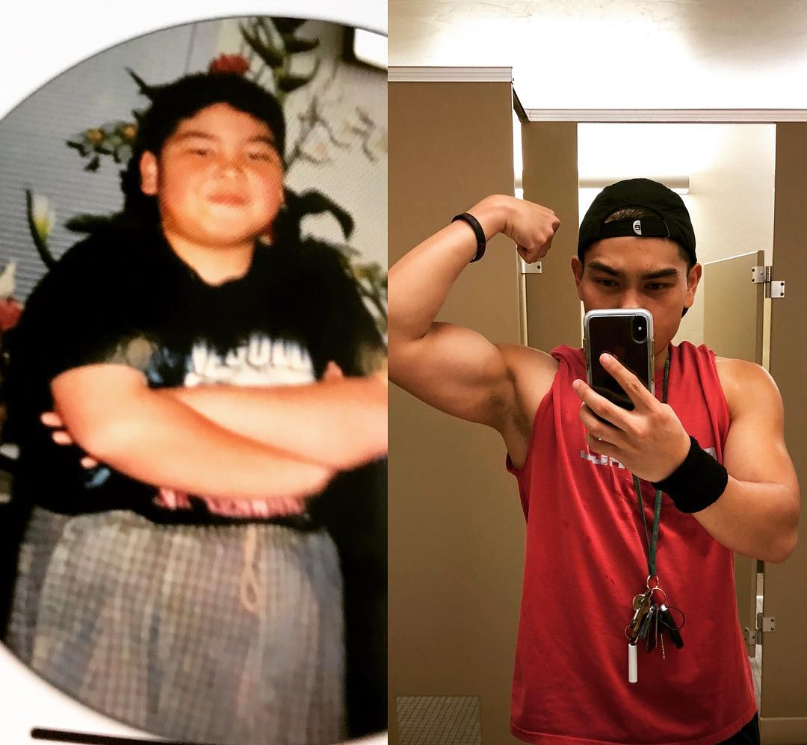 In college, he focused on his studies as he took up pre-med, but this made him eat more. As his weight increased, his self-confidence plummeted.

“I ballooned up to over 200 pounds(90 kg) and was at my absolute worst physically, mentally and emotionally,” Redoble recalled.

At the lowest point of his life, he did not give up. Instead, he found a way to change his life.

“I changed my major from pre-med to nutrition to be able to learn how food affects the body and how it can be utilized for athletic performance,” Redoble shared.

He transferred to another school and convinced the staff to allow him to put a Dance Machine in the recreation room in the campus. It was his own machine, but the investment was well worth it.

Instead of just focusing on his studies, he also trained hard on the Dance Machine with the aim to lose weight. Many might thing it was funny to see a fat guy dancing, but for Redoble, it was a challenge and a fun activity. Doing the dance exercises in public pushed him to try his hardest and also let him become an inspiration to others.

Through his degree in Bachelor of Science in Nutrition Science as well as his experience in battling with weight problems himself, he’s one of the best health coaches that people turn to in California these days.

He’s a certified Health Coach and uses his story to motivate others.