Everyone knows that being an overseas Filipino worker (OFW) is not an easy thing because these noble workers sacrifice being away from their families for years just to provide them with a better life.

While they do earn more than their counterparts in the Philippines, many of these workers still don’t earn enough to sustain their families’ needs. It’s a good thing that many are also good at finding ways to earn extra money to send their family – and we hope that’s all through legal means, of course.

Emmanuel Rabulan hails from Victoria, Oriental Mindoro in the Philippines. He and his wife, Nemianita had a fruit stand in Fairview; it was so successful that according to Trending News Portal, they were earning Php10,000 a day!

But when Rabulan saw an opportunity to work in Italy, he sold his minivan so he can process his papers to become an OFW but after closing their business, they soon learned that the job was a scam. 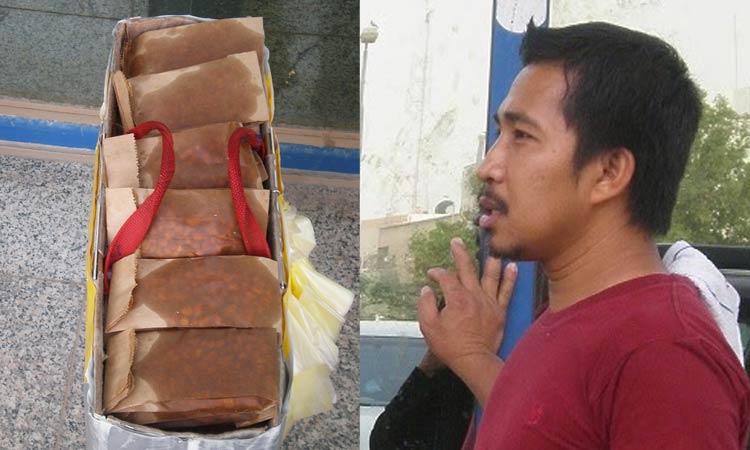 Hoping to earn back what he lost in the scam, he went to Qatar to work as a janitor until his visa expired three months after he arrived.

Now armed with some experience as OFW, he processed his documents to become a worker in Saudi Arabia. But with earnings just totaling 700 riyals (Php9,200) per month, it was not enough to support his family.

Then, he saw an opportunity to sell adobong mani (roasted peanuts) at the market. He’s at Al Batha market from 5PM to 10PM, every night to sell his goods. On regular days, he sells around 200 packs of adobong mani, earning around 300 riyals (Php4,000) while on good days, he earns as much as 700 riyals (Php9,200) – equivalent to his 1 month salary as janitor there!

In recognition of his efforts, Rabulan was awarded an outstanding OFW and Balikbayan reputation award back in December 2012: