These days, there are so many overseas Filipino workers (OFWs) who find new sweethearts online that many families are rethinking their options and advising their spouses or parents not to go abroad. Sadly, many of these people wish to go abroad to give their families a better life, only to end up making them financially comfortable but at the expense of their family relationship.

Niña Olvina, a 16-year-old ALS student from Calamba, Laguna, went to Raffy Tulfo in Action to seek help against her mother, Charito Olvina, 38-year-old domestic helper in Abu Dhabi. According to Niña, the first few months that they mother was working abroad, they did not encounter problems because she would often call them. 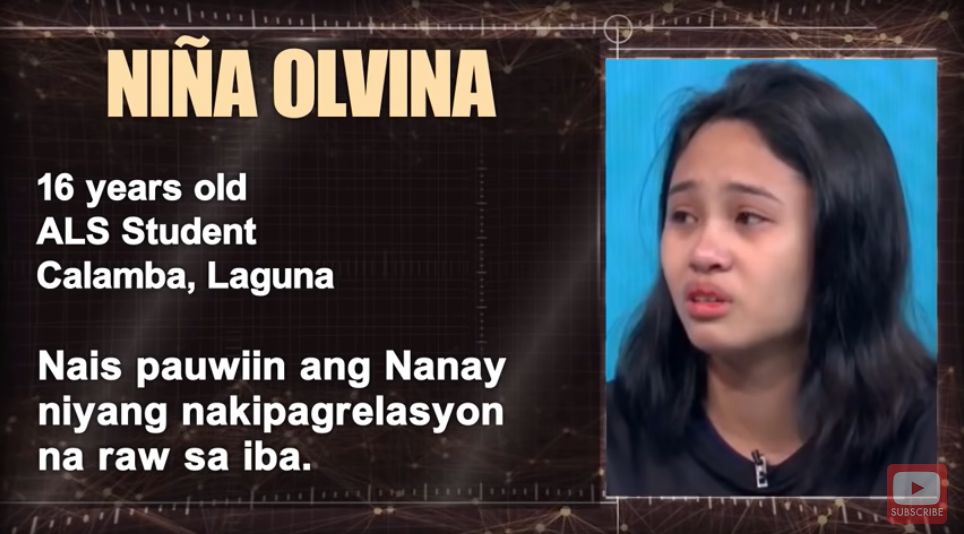 But as the communication lines dwindled, they would soon think that their mother has found a new boyfriend. It was in May 2019 that their communication was truly affected, leading Niña to scour her mother’s social media accounts for clues. On a singing app, she found videos of her mother and her new boyfriend as they shared videos together. 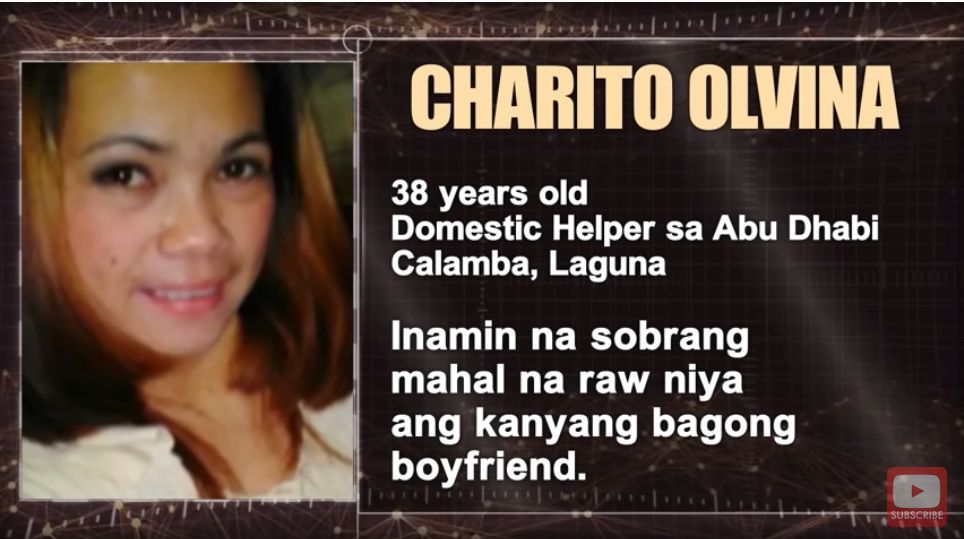 The brokenhearted teen tried to convince her mom to break up with her boyfriend, reminding the OFW of her 5 children ages 16, 14, 10, 8, and 7! But the woman is now so in love with Nelson, her new boyfriend. 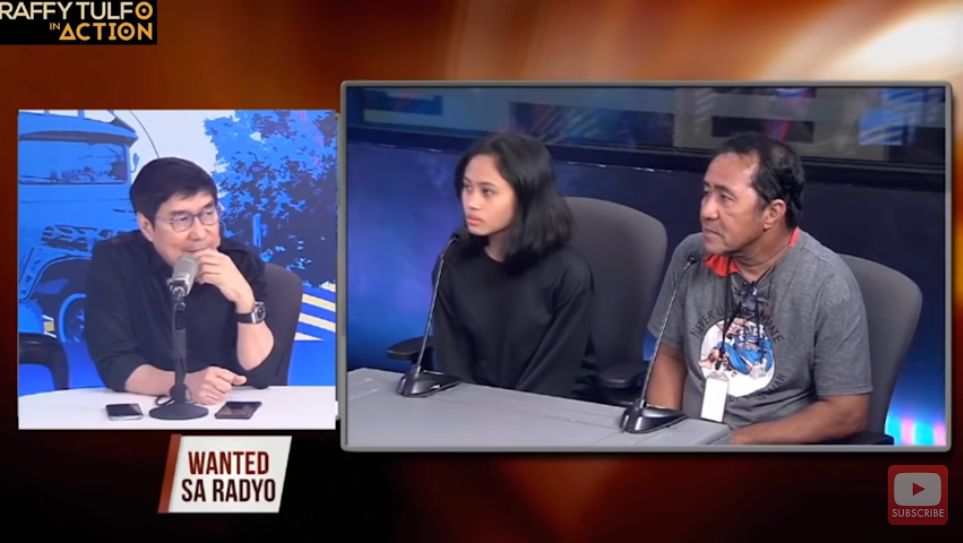 Charito claimed that she no longer loves her husband because he lied to her about his first marriage and that their own marriage turned out to be fake. But Niña pointed out that this is the past and is not reason enough for her to find a new guy. According to the teen, her mother’s new boyfriend actually has a family, too! 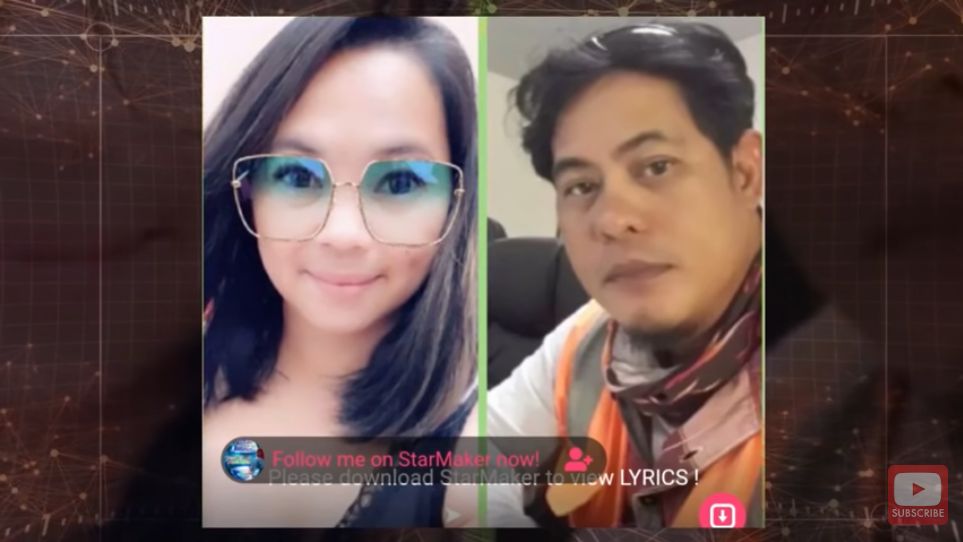 But Charito defended the guy, saying that he had been separated from his wife for over 10 years and that the woman has no objections in their new relationship. Tsk. Tsk. 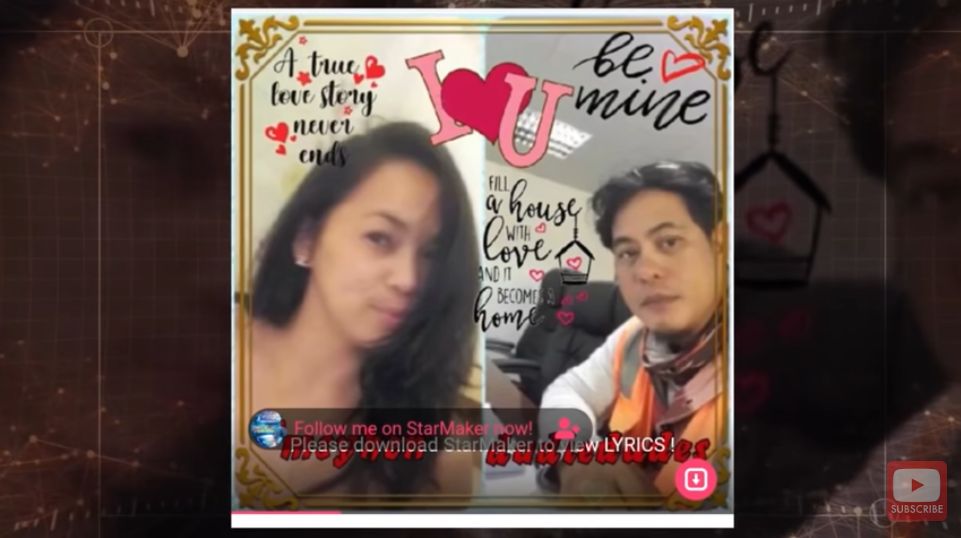 Seeing that Charito has made up her mind about leaving her husband and family, Tulfo offered them help. When he told the young woman he would give them Php100k as business capital, she laughed and told him it was too big. It is clear that this family is not after the money! 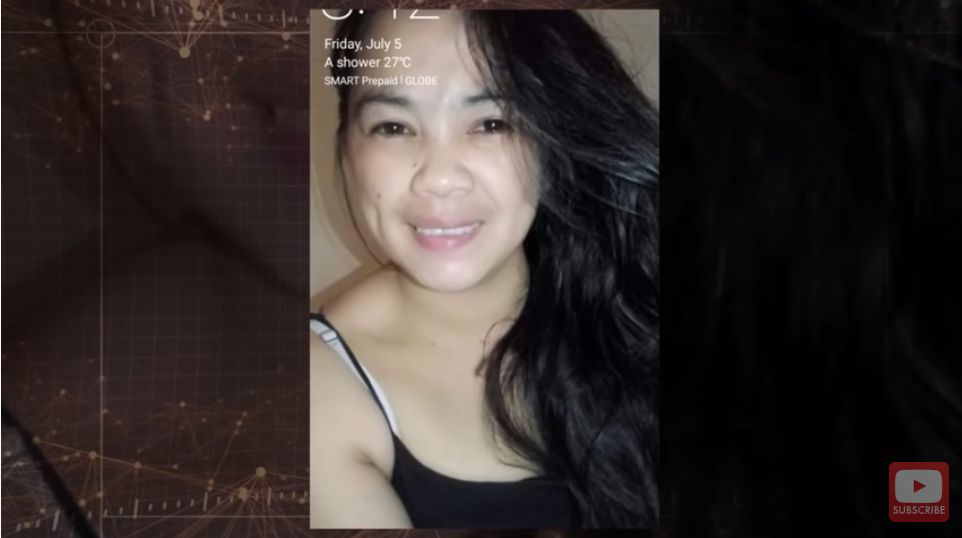 Is a Second Marriage Valid?

A second marriage can be valid, depending on the situation. For example, if one of the spouses in the first marriage is no longer alive, then the other could marry again. In Muslim and some ethnic cultures, second and even third marriages are allowed, even if the first and second wives are still alive.